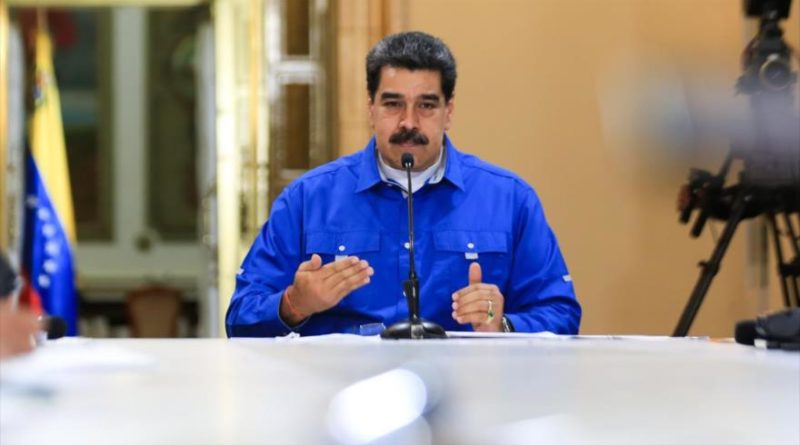 The President of Venezuela, Nicolás Maduro, referred to him as “fugitive from justice”, in reference to the coup leader Juan Guaidó, adding that he is hiding in an embassy.

In statements made from the Miraflores Presidential Palace, the Latin American president said on Monday that Venezuela faces “a real crisis caused by the criminal sanctions of the United States government with the complicity of the fugitive from justice, hidden in an embassy”, although he did not mention in what country’s embassy.

Maduro also did not expressly say any name, but on other two recent speeches he has referred to Guaidó as a “fugitive from justice”, who proclaimed himself “interim president” of Venezuela in January 2019, promising to displace the current head of state from power, a goal that has not been achieved despite the support of Washington, which has issued a battery of economic sanctions against Venezuelan.

Guaidó faces several judicial processes. In the most recent case, the attorney general, Tarek William Saab, linked Guaidó and the opposition he leads with a failed naval raid by mercenaries in early May, directly involving the US and Colombia.

Elsewhere in his remarks, Maduro alluded to recent protests in the United States against racism and police brutality, which have erupted after the death of George Floyd, suffocated by a white policeman who immobilized him in the city of Minneapolis, north Minnesota state.

“They want to suffocate us as they suffocated this young African American, George Floyd,” said the Venezuelan president.

Caracas denounces Washington for seeking to overthrow President Nicolas Maduro through various methods, including the imposition of sanctions to wear down the Bolivarian country’s economy, creating shortages of basic necessity products and impoverishment among the population.