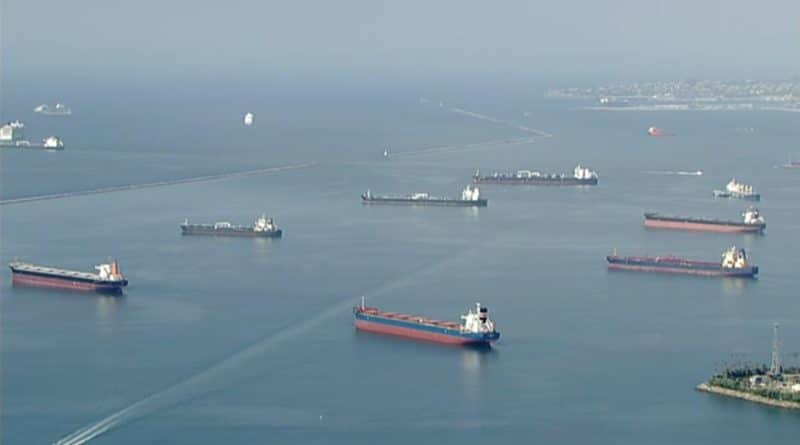 Iran reiterates its right to defend its interests on the high seas and asserts that if Venezuela requires more supplies of gasoline, it will surely send it to them.

The Foreign Ministry of Iran, through its spokesperson, Seyed Abás Musavi, emphasized on Monday that the United States government has no right or authority to interrupt “legitimate international” trade between two independent countries, such as Iran and Venezuela.

“The Americans cannot tolerate it (Tehran-Caracas trade) because they are used to harassing and breaking the law. If Venezuela makes a new request for the supply of gasoline, we will send more”, he pointed out.

RELATED CONTENT: Puebla Group on the Arrival of US Troops to Colombia (Statement)

After having rejected Washington’s attempts to undermine such trade and prevent the passage of the five Iranian tankers sent to Venezuela loaded with gasoline and refining components, the spokesman has made it clear that Tehran will not hesitate to defend its national interests.

“It is Iran’s natural right to defend its interests, even in very distant places,” he added.

A total of five Iranian oil tankers left for Venezuela with 1.5 million barrels of gasoline: the ‘Fortune’, which docked last Monday at the El Palito Refinery port ; ‘Forest’, the second, arrived on Tuesday in the port of Punta Cardón; the third, ‘Petunia’, docked on Wednesday in Puerto Cabello, located in the state of Carabobo; and ‘Faxon’, which arrived on Thursday at the Guaraguao Refining Complex, in the state of Anzoátegui.

The fifth and last Iranian tanker, ‘Clavel’, entered the waters of Venezuela on Monday to unload gasoline.

All the boats were escorted by the army and air force of the Caribbean country, after the US threatened to use force to prevent Iranian ships from reaching the Venezuelan coast.

Although the US regime, led by Donald Trump, through intimidation and threats of all kinds, has prevented many countries from approaching Venezuela, Tehran without hesitation and with determination, has provided unconditional support to Caracas in order to mitigate the effects of the economic blockade by Washington, which has caused a severe shortage of fuel in Venezuelan territory.

It is the first time that Iran exports fuel to Latin America, and it is doing so within the framework of the alliance between Tehran and Caracas, which seeks to supply Venezuela amid US coercive measures to overthrow the government of the legitimate president of the South American country, Nicolás Maduro.

Qolamreza Ansari, Iranian deputy foreign minister for Economic Diplomacy Affairs, stressed on Sunday that “Iran and Venezuela have long cooperated in the oil sector and, if they agree, the cooperation will continue.”