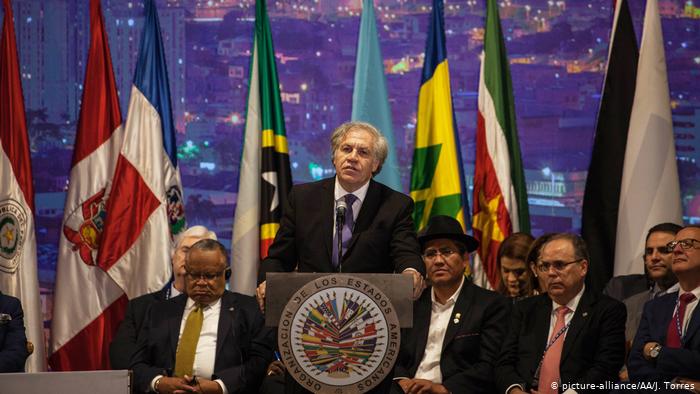 Washington, DC ― A major coding error in the Organization of American States’ analysis of Bolivia’s October 2019 elections demonstrates another fatal flaw in that analysis, again negating the OAS’s claims that fraud affected the results. The error was revealed last week after Irfan Nooruddin, a statistician at Georgetown University in Washington, DC, whom the OAS had hired to analyze the election results, made his data available for the first time. Center for Economic and Policy Research (CEPR) economist David Rosnick noticed that in Nooruddin’s data, time stamps were sorted alphanumerically, instead of chronologically. This was a fatal error for the OAS analysis, as its allegations of “a drastic and hard-to-explain change in the trend of the preliminary results” were dependent on the chronology of when votes were reported. In its final audit report on the election, the OAS stated that trends seen in the initial rapid count are also seen in the official count; this conclusion is based on incorrectly sorted time stamps.

“The OAS had no real-world chronology of Bolivia’s vote count, even though it made accusations that there was a change in the trend of the votes over time that suggested fraud,” Rosnick said.

The coding error means that each day proceeds from “01:00 a.m.” to “12:59 p.m.”, meaning, for example, that Nooruddin considered tally sheets with a time stamp of “01:00 p.m.” ahead of tally sheets time stamped at “01:01 a.m.” the same day (October 21). This makes it impossible for Nooruddin, and the OAS, to have been able to properly analyze any trends in the vote over time.

Gerardo de Icaza, the Director of the Department of Electoral Cooperation and Observation for the OAS, has continued to praise Nooruddin’s work, even after the error was pointed out to him, Tweeting: “@irfannooruddin is one of the best electoral statisticians in the world. His findings on the recent Bolivian election hold despite the biased and amateur claims that chose to ignore the facts.”

“It is rather stunning to see this come out this late with multiple errors, but also not surprising given that no one has been able to replicate Nooruddin’s analysis until now,” said Jack Williams, an election researcher at the Massachusetts Institute of Technology, who coauthored analysis of Bolivia’s election results published by The Washington Post’s Monkey Cage blog in February, 2020. “It is unfortunate that it took eight months to release stata code with basic errors, even when other researchers and journalists were asking for it to determine how the OAS analysis arrived at the conclusions it did.

“This incredible error speaks volumes about the integrity of the OAS’s work in monitoring elections and determining whether fraud or irregularities might have affected the results,” Williams added.

“That the OAS is continuing to defend its analysis of the Bolivian election, rather than own up to its mistakes ― or admit its dishonesty in that it did not have evidence to claim that fraud changed the results of Bolivia’s elections ― calls for accountability,” Rosnick said. “Policymakers in the US and other OAS member countries should demand answers.”

“Member countries may also want to evaluate whether their contributions to the OAS are being put to good use,” Rosnick added. “The OAS has refused to answer questions from members of the US Congress and the media about its analysis of the Bolivian elections and its role in paving the way for a military coup in Bolivia. It’s seemed obvious all along that it’s had something to hide, and now we’re starting to see more proof that the OAS could never defend its allegations against Bolivia’s 2019 elections.”