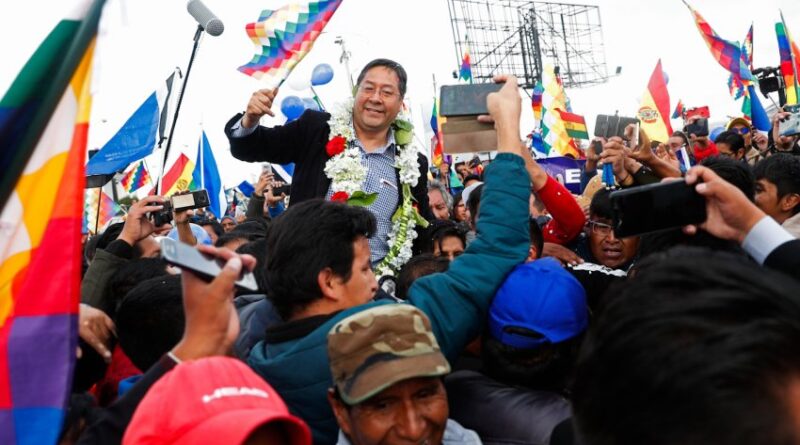 Following the adoption of a law to guarantee that elections take place before a hard deadline of October 18, the Bolivian Workers Center (COB) voted to temporarily halt pro-democracy protests. However, the COB has vowed to mobilise again if the coup regime delays elections or refuses to leave power after their likely defeat at the polls.

After securing the deadline, the Movement Towards Socialism (MAS) and the COB called for a pause in protests across the country on August 14, to avoid further bloodshed. However, in La Paz, despite appeals, the social movements have so far vowed to continue to mobilise until “coup president” Jeanine Añez is out.

According to Kawsachan News, the COB’s central offices in La Paz were attacked on August 14. Six explosions were heard and some union leaders were inside. The arsonists sprayed “Death to Evo” on a wall. The attack occurred just as the MAS called for peace after securing guarantees for the elections.

Meanwhile, as the COVID-19 pandemic continues to ravage Bolivia, there are new allegations that the coup regime paid vastly higher sums to purchase COVID-19 tests than they were charged by the supplier — leading to suspicions of theft. This follows an earlier corruption scandal where $4.7 million was paid for COVID-19 ventilators worth only $1.2 million.