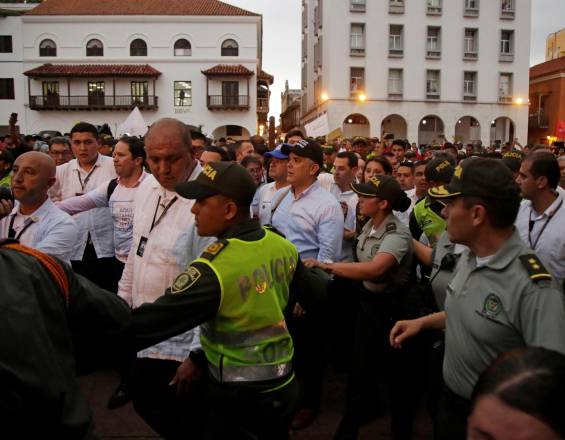 The Colombian president, Iván Duque, arrived this Saturday in the town of Samaniego in the department of Nariño, where on August 16 eight young university students were massacred.

Boos and shouts of “we want peace” were heard along the route taken by the Colombian president accompanied by his escorts and where his greetings to the people stationed on the outskirts of his home were answered with thumbs down.

RELATED CONTENT: Maduro Responds to Ivan Duque: Venezuela Will Study the Possibility of Buying Iranian Missiles – “Thank You for the Idea”

This response on the part of the inhabitants of this region of Colombia was recorded by several people who posted the videos showing the rejection of this attempt by Duque to appear in solidarity with this tragedy that has become a constant in Colombia for several years.

Among the statements that have generated controversy around the figure of Duque is the request to qualify these massacres as “collective murders” instead of “massacres”, as well as the presentation of graphs where he tries to minimize the increase in these massacres, comparing them with the bloodiest times lived in the neighboring country.