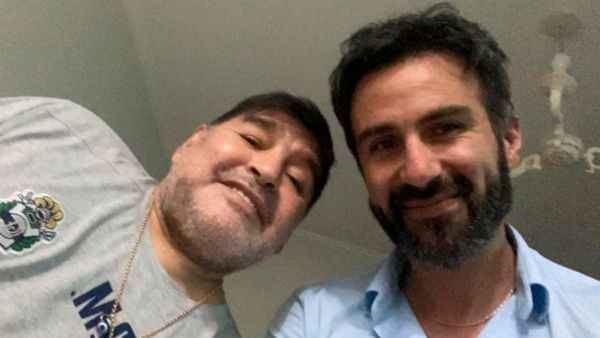 This Sunday morning Argentine justice carried out morning several raids on the home and office of Leopoldo Luque, Diego Armando Maradona’s last personal doctor, who was charged in the investigation for his possible responsibility in the fatal outcome of the Argentine idol.

Luque was charged with the crime of culpable homicide in the case investigating the circumstances of Maradona’s death, according to Argentine media.

San Isidro district justice, by order of Judge Orlando Díaz, searched the house and office of Leopoldo Luque this Sunday.

The objective of the raids was to retrieve documentation that could help understand how Maradona’s last days were spent, regarding his medical care.

Luque was formally notified of his rights this morning, while his home, located on 30 de Septiembre al 1800 Street in the southern area of ​​the suburbs of Adrogué, was searched.

The judicial sources clarified to Télam that this notification does not imply an official result of the investigation, or a restrictive measure of Luque’s freedom, but rather that he’s being informed that he’s under investigation for the possible commission of the aforementioned crime.

The turn in the investigation occurred this Saturday, when prosecutors received the statement of Dalma, Giannina and Jana, the three daughters recognized by Maradona, who were very forceful regarding the handling of their father’s treatment.

The San Isidro Attorney General’s Office reported in a statement that on Saturday “the investigative tasks and the substantiation of the evidence in progress continued, taking some testimonial statements, including from direct relatives” of Maradona.

The daughters demanded that the courts be informed of the treatment and medications that Maradona received in his last weeks of life, especially following the subdural hematoma on his head, which, on Luque’s recommendation, was operated on at the Olivos Clinic.

Maradona, at sixty years of age, had been admitted earlier this month to two health centers for anemia, dehydration and a subdural hematoma, for which he was finally operated on. Maradona died last Wednesday of cardiac arrest in a house on the outskirts of Buenos Aires.

The former footballer had received medical discharge from the Olivos Clinic, where he underwent surgery on November 11, and from then until his death he lived in a rented house in a private neighborhood.