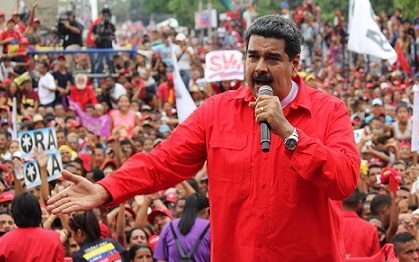 Washington strengthens its support at a time when forces at odds with the Venezuelan government face their greatest ever crisis of fragmentation and loss of popular support.

The consulting sessions increased in number following Trump’s statements in Florida in July, during which he admitted that Juan Guaidó–the deputy whom the White House recognises as president–appeared to be losing authority.

To that end, the leader of the Soluciones para Venezuela [Solutions for Venezuela] Party, Claudio Fermín, noted the presence of a group of Venezuelans who “have gotten it into their heads that the one calling the shots is the president of the United States,” referring to opposition politicians beholden to US orders.

Schemes are emerging at the US embassy in Bogotá Colombia, such as Guaidó’s so-called Pacto Unitario [Unity Pact], which failed in its attempt to create a united front in the area.

Washington and the extreme opposition have a joint plan for discrediting the parliamentary election on December 6. They plan to hold a referendum among their constituency, seeking to extend the term of the self-proclaimed interim administration.

Venezuelan president Nicolás Maduro denounced the plan as a boycott of the electoral process to restore the National Assembly (unicameral parliament).

According to Venezuelan authorities, Guaidó, in his US-backed effort to delegitimise the election, lobbied his colleagues not to run for office or support the electoral process, in some cases extorting them with US dollars.

Another interventionist strategy on the part of the Trump administration involves the imposition of sanctions on those of his adversaries who have embraced democracy and announced their candidacy for parliament. This pressure was intended to discourage electoral participation and was denounced by leading political forces in the South American nation, namely the government and the democratic opposition.

Consequently, opposition leader Henrique Capriles openly withdrew his support for the election, while others, such as the president of the Acción Democrática [Democratic Action] (AD) Party, Bernabé Gutiérrez, resisted the punitive measures and remained in the running. Paradoxically, while the State Department calls for unity among the opposition, its subversive and meddling plans have inspired several anti-Chavist groups to proclaim their opposition to this agenda, denouncing the far right for its deference and attempted coup.

Along these lines, the political bloc Alianza Democrática [Democratic Alliance] has distanced itself from Washington and Guaidó, stating that “they stray from the spirit of generosity, nationalism and national responsibility.”

Recently, the radical opposition accepted the US-prepared Democratic Transition Framework for Venezuela, which calls for President Maduro’s resignation and relaxations on coercive economic strangling tactics as part of the policy for regime change. The upcoming transition to a Democratic administration headed by Joe Biden could influence the tactical implementation of these plans, while maintaining the strategic objective of undermining the foundations of the Bolivarian process.

In addition to supporting the alleged parallel government of Juan Guaidó, over the last two years, Washington has intensified its policy of economic strangulation through coercive measures and freezing of Venezuelan assets abroad, in an effort to provoke social upheaval in the nation. (PL)