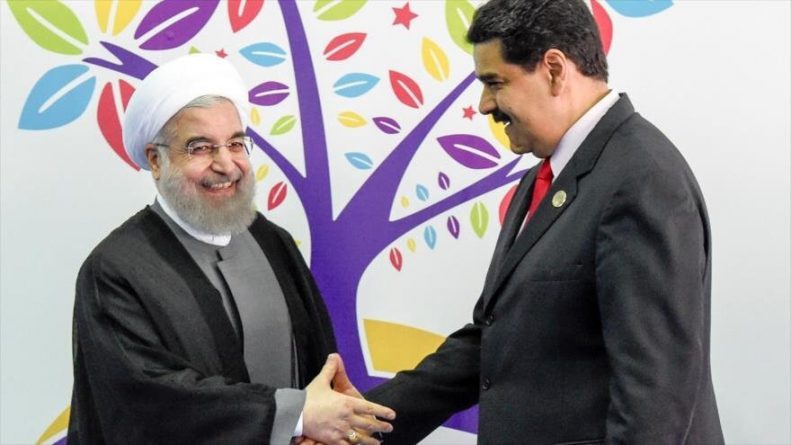 US Senator Marco Rubio, angered by close ties between Venezuela and Iran, accuses Caracas of exchanging gold with Tehran.

“The regime [in reference to the Venezuelan Government] also has ties with influential families in Iran. It is exchanging Venezuelan gold for interests he has in Iran,” he said Thursday before the US Senate.

The Republican parliamentarian for the state of Florida (southeastern USA), known for his antivenezuelan positions, was concerned about the “future” of Venezuela and the Latin American region for the  “ecological crises” that the government has caused, led by the president of the Bolivarian country, Nicolás Maduro, due to the exploitation and sale of gold.

Rubio strongly criticized the relations between Caracas and the governments of Russia, China and Cuba and assured that the Caribbean island has infiltrated “at all levels” of the Chavista administration.

He also pointed an accusatory finger at Russia for helping the Maduro government to circumvent the sanctions that the US has imposed against Caracas, while also attacked China for blocking Internet access to Venezuela.

The US senator addressed the “humanitarian crisis” in Venezuela and the migratory wave that could cause, as he warned of a “regional catastrophe” that this would mean for Colombia and other regional countries and insisted on reinforcing Washington’s ties with Colombia , Peru or Ecuador, among other countries in the area.

“That is reason enough to worry the United States and allied countries like Colombia,” said Rubio.

Venezuela is mired in a political whirlwind since Juan Guaidó, leader of the Venezuelan National Assembly (AN) -of opposition majority and in contempt since 2016-, on January 23 proclaimed himself “interim president” of the country in an unconstitutional manner and with US support

Since then Washington has undertaken an open crusade against the Government of Caracas, which includes economic sanctions, threats of  military intervention  and the refusal to a dialogue solution, as proposed by the Venezuelan authorities.

Faced with the coup position of the US empire and some of its allies, several countries, such as Bolivia, Cuba, Mexico, Uruguay, Russia,  Turkey, South Africa, Iran , China and Syria, announced their full support for the government of Venezuelan President Nicolás Maduro, elected for a new mandate in the elections of May 2018, with more than 6 million votes (68% of the total), a figure considered a historical record.