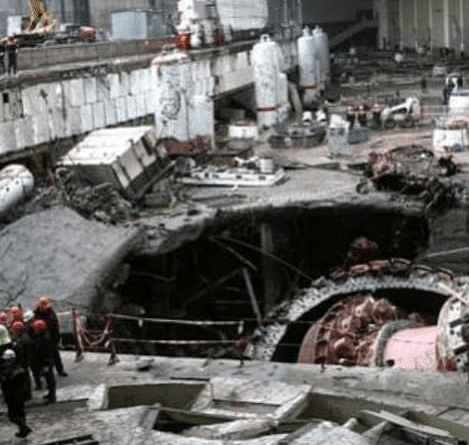 Last Thursday at 4:53 pm a general electric blackout affected Venezuela on 70% of its territory. This has been the longest and most massive electric blackout in Venezuelan history and is very coincidental with the US open and public campaign of aggression against Venezuela.

Venezuelan authorities have addressed the people, informing them that the cause of this incident was sabotage that affected three out of five operational turbines in the Guri hydroelectric dam in the State of Bolivar (southern Venezuela). It is important to remark that almost 80% of Venezuela’s electric consumption relies on hydroelectric generation. They also indicated that there was  a cyber-attack that is making the work harder.

Traditionally when the Guri dam has had a problem like this, plan B is that automatically the thermo-electric generation  plants all over the country turn on to compensate the system. In this case for reasons not yet explained, that did not happen.  It is important to highlight to those not familiar with this kind of event that when there is no electric power, water pumps stop functioning so the water service is also stopped, most cellular network antennae stations keep operating with batteries for several hours but eventually they also stop operating and regular dsl internet service and telephone service is also interrupted.

The whole situation has tremendously affected the life of millions of Venezuelans and, under the current circumstances, even the flow of information is severely affected and that creates the environment for fake news to start being disseminated.

As was already mentioned, most  public services are affected by the blackout.  A few people have generators at home but even that option is not a solution because there are no gas stations open due to the lack of electricity and that is why significant numbers of Venezuelans rely on power banks  (batteries) to keep some devices like smartphones or laptops working. That is how we are posting this piece for example.

Social networks are still being used by those that keep batteries in their devices or have power banks and Whatsapp (a champion social network in terms of popularity in Venezuela) has been used by right wing factors to spread fake news. The most important is the one saying that there was a major structural incident in the Guri dam. Images like the one below indicates how this fake news is being used  right now:

A very simple image google search done by Orinoco Tribune allows us to call out this fake news that was sent to us via whatsapp in a group of progressive Venezuelans, so that indicates the level of disinformation being created that, of course, is also fed by the complicated situation created by the lack of electricity. As you can see below, the image was posted in the Russian portal Russiskaya Gazeta in 2014 and belongs to an incident in the Sayano-Shushenskaya dam in that country.

The trend being promoted is to create a sense of discouragement and anger among Venezuelans, regardless of whether they are chavistas or right wingers and doing that, to eventually provoke street unrest. It is very important that our friends abroad take note of this realty and that Venezuelan authorities counteract with a massive information campaign in order to neutralize this threat.