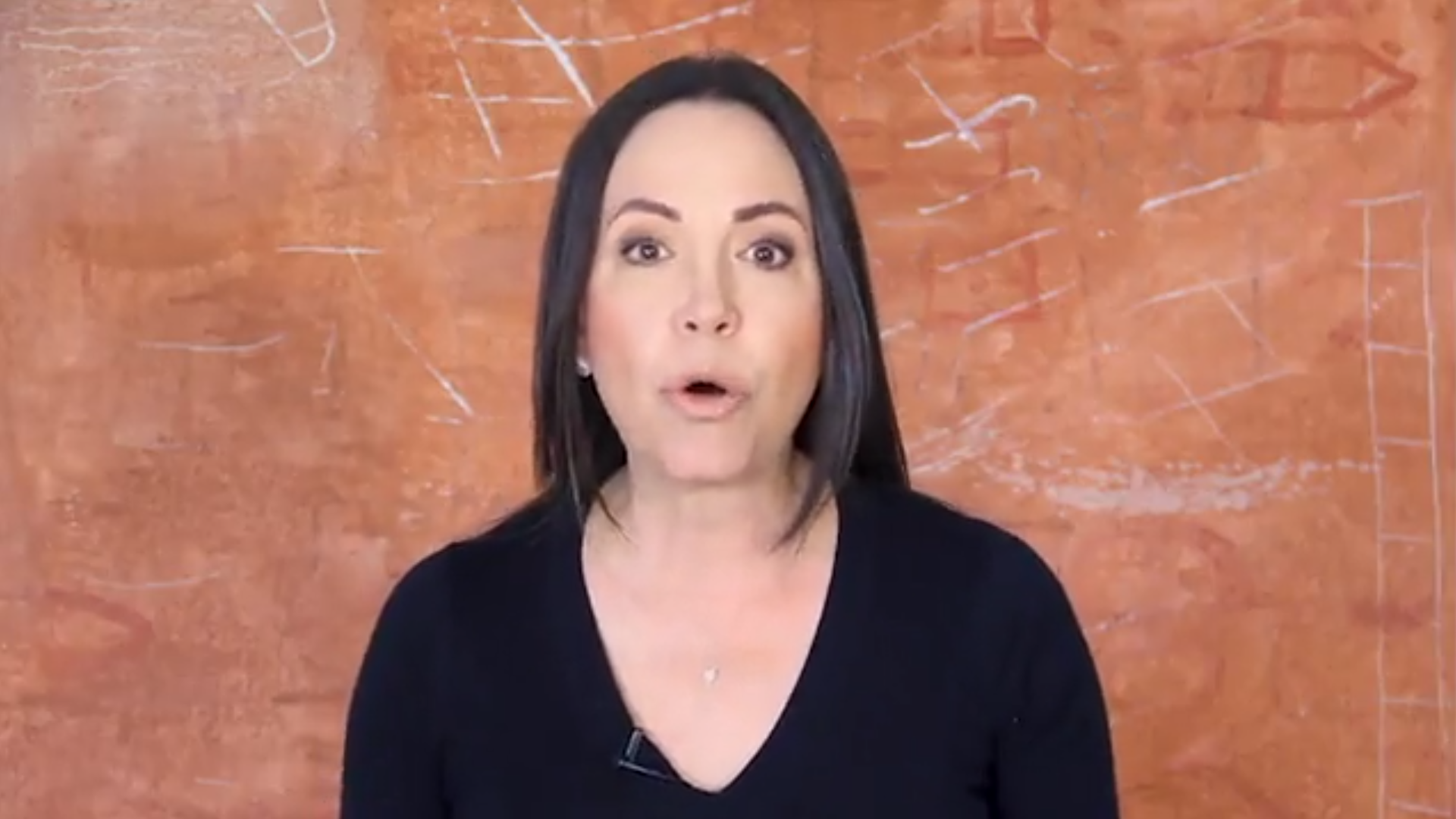 Maria Corina Machado this Thursday, April 6, in her latest Twitter video telling Venezuelans how to get rid of the "dictatorship." Photo: Video screenshot by Orinoco Tribune.

From various factions of the Venezuelan extreme right, representatives continue to join the route towards the 2024 presidential elections. However, in the case of the far-right politician María Corina Machado, it is evident that she is fantasizing about carrying out an election process that only adheres to her own whims and conditions.

This was revealed by the representative of the Vente Venezuela movement by posting a video to her Twitter account, in which she raises what she considers to be a legitimate proposal before the Venezuelan people. In the video she suggests holding primary elections between the groups of opposition, but without taking into account the legitimate institutions of the state.

According to Machado, the five conditions for having a “real” election are as follows: “Zero CNE (electoral authority), zero TSJ (Supreme Court), zero Republic Plan (military operation to safeguard voting ballots), and zero electronic voting machines (manual vote instead).” She also suggested including those who are abroad, which obviously also refers to fugitive opposition leaders.

However, she did not offer details with regards to what would be the platform, organization or company in charge of channeling that voting process. However, her speech recalled her years as founder of the Súmate company, which was proven to have fraudulent operations in collecting signatures to recall former President Hugo Chavez.

Is Machado getting it?
Similarly, the spokeswoman tries to impose her version of “the truth,” on the Bolivarian Republic of Venezuela. For this reason, she assumes all the accusations against the national electoral system as true.

On the other hand, María Machado attacked the sectors of the opposition that did decide to comply with the period established by the Constitution for the elections. That being said, they decided and are working hard to go to the polls in 2024, within the framework of the elections for the presidency of the Republic, as defined by the Venezuelan Magna Carta.

The far-right leader also dismissed any indicator of recovery that the country is currently experiencing; as well as the advances in terms of joint work between the Venezuelan State and entities such as the ICC and even the US government, as has been recently demonstrated.

Featured image: María Corina Machado this Thursday, April 6, in her latest Twitter video telling Venezuelans how to get rid of the “dictatorship.” Photo: Video screenshot by Orinoco Tribune.