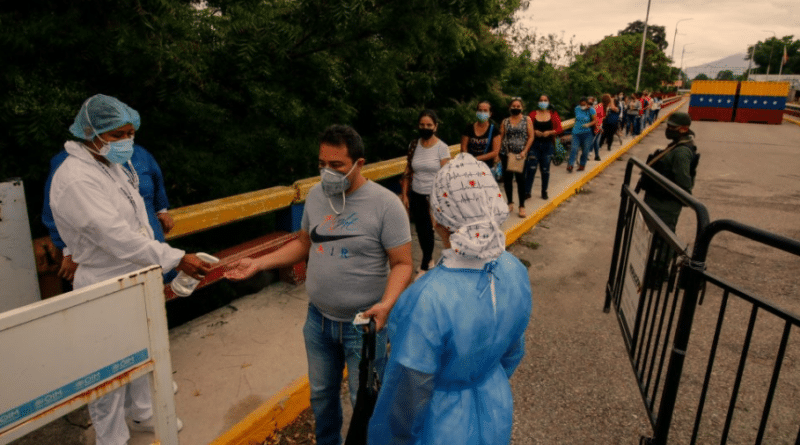 On Monday, despite the negative response from President Iván Duque and Vice President Marta Lucía, Colombia’s members of Congress initiated a discussion panel aimed at advancing the progress of the country’s joint commission formed with the National Assembly of Venezuela. The panel will address the topic of bilateral relations and the opening of borders.

As announced by the president of its national Parliament, Jorge Rodríguez, the proposal of the Colombian Senate received a warm welcome in Venezuela. The stated objective is to stimulate the resumption of consular, diplomatic, and commercial activities, while simultaneously opening the two countries’ shared border.

“It is necessary for this government to understand that it is fundamental that both Congresses work together on a common agenda,” commented Colombian senator Antonio Sanguino on the importance of the initiative’s support by the Executive Power of Colombia.

RELATED CONTENT: Did the President of the Colombian Senate Back Down?

Furthermore, the Colombian Congressman described the behavior of President Duque as a case of “ideological obscurantism,” as economic and commercial relations must never cease to be active. In this regard, Sanguino mentioned the example of Cuba and the United States as a reminder of how some communication was maintained even during “the most difficult moments.”

Normalizing relations
Similarly, Freddy Bernal, a current candidate for government of the state of Táchira in Venezuela, who has also served as a deputy in the National Assembly, stated that Venezuela affirms its commitment to meeting, in either country, with Colombian spokespersons.

Bernal, who directed the removal of the shipping containers which blocked the Simón Bolívar and Francisco de Paula Santander international bridges, expressed his opinion that “the people are stronger than those who wish to impose their will on them.”

Additionally, there is hope that with the normalization of relations and binational border activities, the two parliaments which form the joint commission will establish links with the Colombian Chancellery and migration authorities. Pedestrian transit across the border is another aspect under consideration in these conversations.

Overall, these delegations of congress members and deputies seek to overcome the obstacles which have been imposed upon Venezuela by President Iván Duque, who continues to defame the Venezuelan government and refuses to recognize the legitimacy of the head of state of the Bolivarian Republic of Venezuela, Nicolás Maduro.