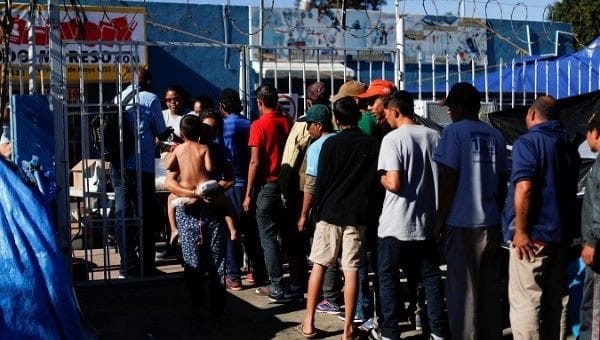 On Saturday, an attack by hooded men on a group of Central American undocumented migrants traveling north by truck through Veracruz left one woman dead, and three injured, including a child.

The migrants were all Guatemalan nationals risking their lives to make it to the United States like the many other Central American migrants whose struggle has made history in recent months.

The hooded people carried “large weapons” and traveled “extra-officially” on a vehicle which read “police,” according to locals who reported on the incident. At the moment, there are no official reports which can confirm the type of weapons used to harm the migrants or the identity of the perpetrators.

The National Commission for Human Rights (CNDH, for its acronym in Spanish) expressed its “staunch condemnation,” for the acts of violence against migrants in Veracruz.

The CNDH highlighted that this is the first homicide registered since the migrant caravans’ transit in Mexico. For this reason, it ordered a full investigation to clarify all details concerning the attack and to “find those responsible so they can be taken to law enforcement entities to receive the corresponding punishment.”

The Commission also indicated that there may be possible human rights violations by local authorities who were tasked to protect migrants, for not “giving the cautionary measures which were reiterated in many occasions by the CNDH from the beginning of the migrant exodus, some of which were directed toward state, public, and municipal servants from Veracruz.”

According to the United Nation, over 3,300 migrants from the Central American Caravans are currently seeking asylum in Mexico. The Mexican government reports that nearly 8,250 migrants have entered the country since Oct. 19.