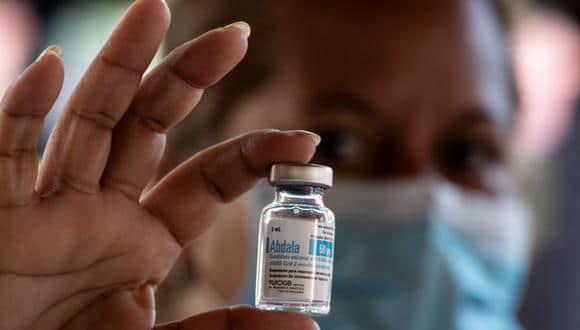 On Wednesday, December 29, Mexico’s Federal Commission for Protection against Sanitary Risks (COFEPRIS) authorized for emergency use the Abdala COVID-19 vaccine developed by Cuba.

The authorization for emergency use of the Abdala vaccine was “ruled appropriate,” as reported in a statement quoted by the AFP news agency.

With this decision, COFEPRIS has approved 10 drugs against COVID-19 for use in the country. These also include Pfizer-BioNTech, AstraZeneca, CanSino Biologics, Sputnik-V, Sinovac, Covaxin, Janssen (from the pharmaceutical company Johnson and Johnson), Moderna, and Sinopharm.

Cuban vaccines are based on a recombinant protein, the same technique used by US Novavax and the French Sanofi, and are over 90% effective in preventing the disease with symptoms, according to scientists.

Outside of Cuba and Mexico, Abdala has also been approved in Nicaragua, Vietnam, Saint Vincent and the Grenadines, and Venezuela, which signed a supply contract for 12 million units.

Cubans surprised by approval of BigPharma-backed Argentinian and Mexican vaccines
Last week the World Health Organization (WHO) announced the approval of a regionally manufactured version of the controversial AstraZenaca vaccine. Numerous experts pointed at the decision as new evidence of how multilateral organizations like WHO are influenced by the interests of large corporations.

The Cuban vaccine Abdala has been already applied on millions in Nicaragua, Vietnam, Saint Vincent and the Grenadines, and Venezuela. Mexico is still waiting for WHO approval. At the same time, some mainstream media like BBC have referred to the Argentinian and Mexican-produced AstraZeneca vaccines as the first COVID-19 vaccines made in Latin America, when in reality the first were the Cuban Soberana 01, Soberana 02 and Abdala.