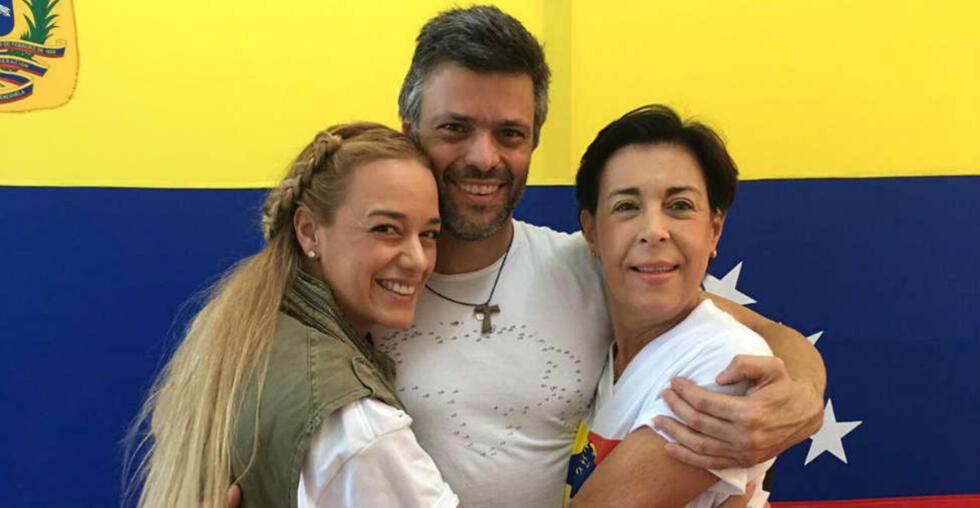 A payment of about $70,000 USD was apparently issued to the mother of the fugitive from Venezuelan justice, Leopoldo López, by the Venezuelan state-owned company Monómeros, for providing “communication consultancy” services.

As reported by spokespersons for the extreme right, the deposit, equivalent to 148 million Colombian pesos, was made on October 20, 2020, into the account of the company Llorente & Cuenca Colombia SAS, whose vice president is Antonieta Mendoza de López.

The Llorente & Cuenca Colombia SAS website defines the company as a global consulting firm for communication, digital marketing, and public affairs, “which helps our clients to proactively make strategic decisions, with creativity, innovation, and experience.”

In addition, the website publishes the profile of Mendoza de López as its vice president, with “more than 25 years of experience in communications and corporate affairs for some of the largest companies in Latin America, such as PDVSA and Cisneros Holdings.”

As a high-ranked PDVSA executive prior to the rise of Hugo Chávez, Antonieta Mendoza was also accused in 1998 of using PDVSA funds to finance the Justice First (Primero Justicia) Foundation, which later became the Justice First political party and provided a platform for her son Leopoldo to became mayor of Chacao. This transaction surpassed $100,000.

Like mother, like son
In recent weeks, complaints about the extreme right-wing Leopoldo López from other sectors of the Venezuelan opposition have have increased. This particular scandal comes to light after the report of embezzlement and bankruptcy at Monómeros, a company stripped from Venezuela by Juan Guaidó’s false government in complicity with the US and Colombian governments.

One of the spokespeople who turned on López was Humberto Calderón Berti, whom former deputy Juan Guaidó had appointed as his “ambassador” to the government of Iván Duque in Colombia. Calderón recently labelled López as the “person in charge of everything that has happened in Monómeros.”

As for López’s mother, the Llorente & Cuenca company published a statement in which it admitted the execution of the contract in question, but it denied the receipt of money by Antonieta Mendoza de López, vice president of the firm, despite evidence to the contrary.

Managers of the company asserted that Antonieta Mendoza de López was not involved in the process and did not participate in the specified project. They also revealed that Monómeros Corporate Affairs Management contacted them on June 19, 2020.