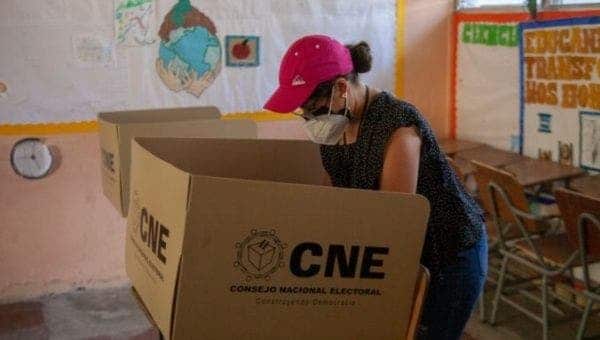 The Platform in Defense of Public Health and Education invited Hondurans to go en masse to the polls because a record-high turnover is one of the ways to avoid fraud attempts.

On Tuesday, Honduran Social Forum on External Debt and Development (FOSDEH) and other social organizations denounced the existence of irregularities in the Nov. 28 elections.

So far, the National Election Council (CNE) has not approved several important reforms for the proper conduct of transparent elections. Among them is the implementation of a second round in case no candidate reaches an absolute majority. Nor have the authorities provided citizens with the opportunity to test the new biometric equipment that will be used.

The Platform in Defense of Public Health and Education invited Hondurans to go en masse to the polls because a record-high turnover is one of the ways to avoid fraud attempts.

Civil society activists warned that President Juan Hernandez has been fostering a “political disengagement culture.” In the different elections held since 2005, the average abstention rate has been 40 percent; on this occasion, however, it could reach over 50 percent.

On this day 5 years ago, Berta Caceres was murdered by US-backed hitmen. This followed after the US-funded Honduran Coup, carried out under the Obama-Biden administration. Caceres was a Lenca organizer & activist, fighting for the rights of Natives in Honduras. Caceres, presente! pic.twitter.com/DhOFNhzo8J

The legitimacy of the upcoming elections is also at risk given that there are 16 percent fewer voters compared to those registered for the 2017 presidential election. This is so because the Hernandez administration removed over 1 million voters from the electoral rolls.

In Nov. 28, over 5 million hondurans are summoned to elect a new president, 128 lawmakers, 298 mayors, and 20 representatives for the Centroamerican Parliament.