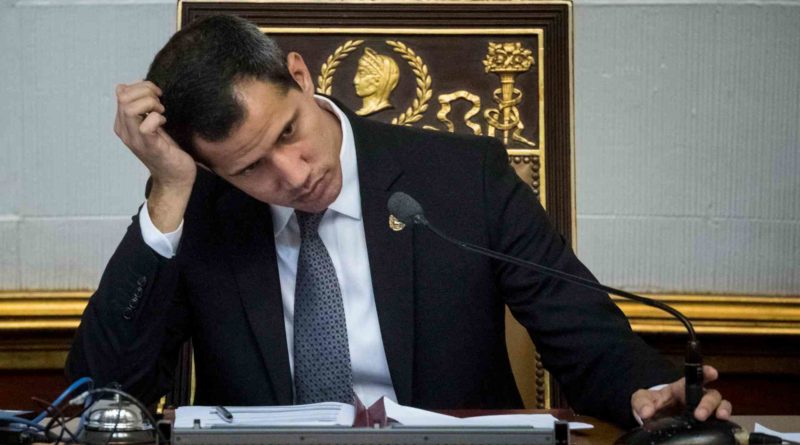 The spokeswoman for the Russian Foreign Ministry, María Zakharova, has questioned the democratic status of Venezuelan anti-Chavismo for their plans to attack two military bases.

From the Ministry of Foreign Affairs of Russia this December 18 Zakharova said that Venezuelan opossition deputy -Juan Guaido- continues with a policy of provocative actions and that time has shown that his project has failed.

The spokeswoman has emphasized that Guaido “is not only mired in high-level corruption scandals , but continues with a policy of provocative actions.”

Zakharova recalled that recently “the plans of the members of [Guaido’s] party to attack two military bases in the state of Sucre robbing arsenals and provoke more armed clashes were revealed.”

The government of Nicolás Maduro managed to dismantle this terrorist plan of the opposition, who were looking for a “bloodbath”. The Venezuelan government said opposition leader Leopoldo López instructed Guaidó and others to attack two military units on December 15.

RELATED CONTENT: Time Magazine Won’t Say it, but Maduro is the Man of the Year

In this context, the spokeswoman has addressed Washington, asking how the Venezuelan opposition can not be considered “democratic” if it uses such methods.

“The expression ‘proportionality of actions’ has been introduced into everyday life by the community of Western experts. What proportionality does this have and how much does it satisfy the high demands of democracy?” Zakharova remarked.

The spokeswoman for the Russian Foreign Ministry has also called on Venezuelan opposition to recognize “objective reality” and accept that in Venezuela there is only one head of state: President Nicolás Maduro.

“Finding a conciliatory resolution is only possible through a national dialogue that is beginning to bring concrete results,” Zakharova concluded.