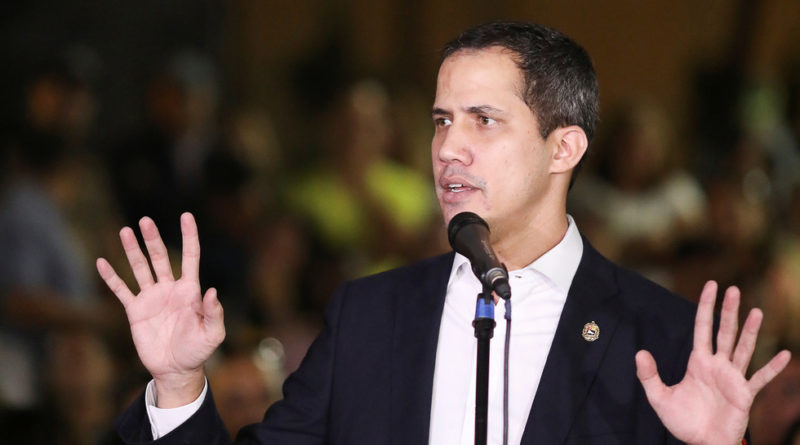 The arrest of self-appointed ‘interim’ president of Venezuela Juan Guaido’s uncle on explosives smuggling charges has been spun as a ‘kidnapping’ – or even ‘revenge’ for Guaido’s State of the Union stunt – by credulous MSM.

Juan José Marquez, uncle to thrice-failed coup leader Guaido, was arrested on Tuesday after returning to Caracas from Lisbon, where he had been accompanying his relative on a world tour to shore up support for the latter’s flagging efforts to depose Venezuelan President Nicolas Maduro.

While Marquez was charged with smuggling “dangerous materials” – a stash of C4 explosives concealed in flashlight batteries and perfume capsules – into the country, sympathetic media have lined up behind Guaido’s explanation for the arrest. Marquez, Guaido insisted, had been “forcibly disappeared by the dictatorship” in a “cowardly move” meant to intimidate the wannabe leader.

Vice President Diosdado Cabello poured cold water on that theory. “He’s detained, not forcibly disappeared, he’s detained for bringing prohibited substances onto a flight,” the statesman explained on his Wednesday night TV program, showing photos of the explosives and a bulletproof vest – also contraband – allegedly taken off Marquez after he went through immigration control at Caracas airport. The supposedly apolitical uncle, whose wife insisted he was an airplane pilot who merely accompanied Guaido for protection, was also in possession of an electronic file with information about “operations against Venezuela” and contact information for a US secret service agent, Cabello said.

Maduro’s second-in-command also showed an image of Guaido’s ID card cut up, explaining it had been confiscated at the airport upon his return to Caracas. Guaido embarked on his three-week ‘last chance’ tour in violation of a travel ban placed upon him by the government, whose promises to bring him to justice upon his return triggered warnings of a “swift” – presumably military – “response” from the US government. While friendly media at first claimed Guaido was embraced by supporters as he arrived at the airport, later stories admitted he was actually met by an enraged group who threw things at him, denouncing the US-imposed sanctions that have produced dire shortages of needed supplies – though that group was framed as a “pro-government mob,” or even organized by “the Maduro regime.” Guaido has defended the sanctions and warned there would be more to come.

The US-backed would-be president’s use of the word “disappeared” to elicit sympathy from his allies in Latin America and beyond rings as particularly cynical given that one of his chief allies in the US, special envoy to Venezuela Elliott Abrams, was deeply involved in many of the US-backed military dictatorships that ‘disappeared’ thousands of political dissidents, union leaders, and other inconvenient individuals in the 1980s. Abrams has threatened not only Maduro, but any foreign country that continues to do business with his government, with severe repercussions including (but presumably not limited to, given his history) sanctions. Marquez’s trial began on Wednesday night and he is being represented by private lawyers, according to opposition lawmaker Delsa Solorzano – courtesies not extended the victims of regimes of decades past.

Guaido was one of the guests of honor at US President Donald Trump’s State of the Union address last month, and some particularly anti-Maduro US media even suggested Marquez’s arrest was “revenge” for the cringeworthy stunt. Despite his enthusiastic support in the Trump administration, however, Guaido’s base in Venezuela has dwindled, with even the anti-Maduro National Assembly electing a new leader last month.