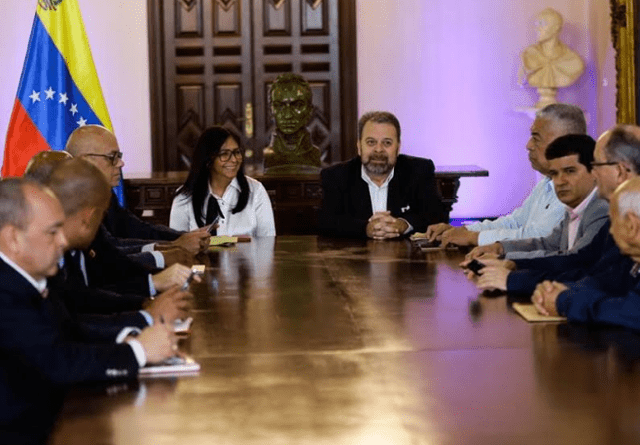 The Vice President of Communication, Tourism and Culture, Jorge Rodríguez, announced on Wednesday afternoon, October 16, the creation of a “complementary electoral table” that will be in charge of the appointment of the new rectors of the National Electoral Council (CNE).

He explained that the electoral table is made up of three areas: constitutional guarantees, formation of new members of the CNE and proportional representation for parliamentary elections.

RELATED CONTENT: Hector Rodriguez: “The Government is Willing to Reach an Agreement”

Rodriguez said that with this he announced the national government has fulfilled all the points scheduled within the National Dialogue Table initiative, which was installed on September 16 in Caracas, with the push of Maduro’s government and the presence of the opposition, in search of national peace, “We are working on the points of agreement.”

He said that in parallel, a table was set up for the case of sanctions and the exchange of Venezuelan oil for medicines and food.

RELATED CONTENT: Anti-Chavista Vice President of the National Assembly Edgar Zambrano Asks for “Recognition of the Other”and to End Violence

He asked the people to be attentive because this Thursday the 17th the Attorney General, Tarek William Saab, will offer important announcements regarding the release of politicians deprived of liberty.

It should be noted that, to date, the Prosecutor’s Office has released four detained politicians, after signing a dialogue pact a month ago, thus the action promised by the Venezuelan government is evidenced.