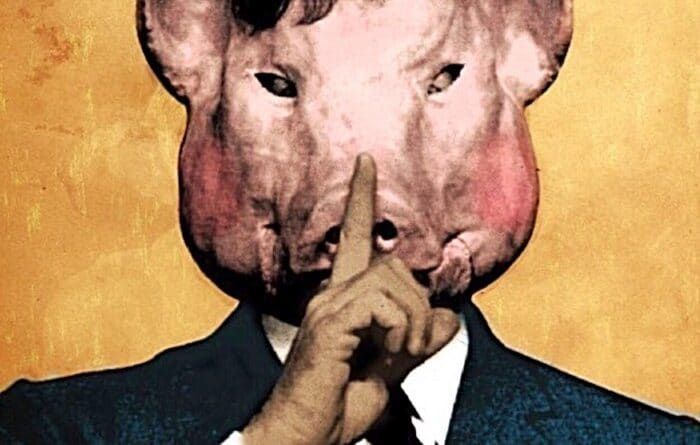 A year ago, right before those within the United States would unexpectedly encounter a virus that’s since killed over 400 thousand people within their country, the forces of neoliberal social destruction were reaching a new point of acceleration. The narrative from the bourgeois media was that the economy had climbed up to a phenomenal point, but as T.J. Coles wrote in February of 2020, for working class people this was the opposite of the truth:

In the US, President Trump likes to boast about employment being at record levels, but the Private Sector Job Quality Index reports a decline in standards since 2016 amid an overall 30 year reduction. Commenting on the situation, Forbes asks: “why is participation in the workforce so low?” The article makes no attempt to address the apparent contradiction that employment is at a 50-year high while millions of Americans have dropped out of the job market. The logical conclusion is that employment is artificially high because fewer Americans bother to look for work, i.e., they are not registered, and the ones that do often work poor quality jobs.

Coles also cited a Cambridge University report which said that global attitudes towards democracy had reached a 25 year low. The report concluded that neoliberalism was the reason behind this mass loss of faith in existing institutions. “Democratic governments simply have not been seen to provide effective policy solutions to pressing societal problems,” it said. “If satisfaction with democracy is now falling across many of the world’s largest mature and emerging democracies … it is not because citizens’ expectations are excessive or unrealistic.”

This crisis that neoliberalism had brought the world towards was even more palpable in the great Washington neo-colony of Brazil, which had been ravaged by drastic austerity policies since CIA meddling had paved the wayfor Jair Bolsonaro to win the presidency in 2018. Also in February of 2020, journalist Eric Nepomuceno wrote that “Bolsonaro has destroyed Brazil in 400 days,” pointing to how the administration had effectively demolished Brazil’s public education at all levels, to the relentless dismantling of Brazil’s social programs, and to the exclusion of millions from the workforce; in parallel to the U.S. ruling party’s dishonest boasting about a supposedly recovered job market, Nepomuceno observed that the Bolsonaro team “weaves self-praise by mentioning the creation of some 640,000 jobs in 2019. They forget to mention that those positions are in conditions far inferior to those once enjoyed by the more than 11 million Brazilians who now have no jobs at all, and the other 34 million who are underemployed or only finding precarious and intermittent work.”

It’s no surprise that the health horrors which the United States has undergone in this last year are also mirrored within Brazil. Second only to the U.S., Brazil is the country with the biggest amount of Covid-19 deaths, with over 210 thousand Brazilians having died from the virus since the pandemic started. The third is India with over 150 thousand Covid-19 deaths, followed by Mexico with over 141 thousand and the U.K. with 90 thousand. The other countries which have had more than several dozen thousand pandemic deaths include core imperialist powers like France and additional imperialist neo-colonies like Colombia.

Neoliberalism is the shared factor behind each of these stories of unnecessarily severe pestilence. Through neoliberalism, India is one of the most overexploited countries in the world. Imperialist powers like France have embraced neoliberalism to keep up profits for their capitalist ruling classes in the face of economic crisis, while countries like Colombia have been subjected to brutal neoliberal austerity to maintain the global neo-colonial structure. Even Mexico, whose president has been campaigning to move his country past neoliberalism, has undergone a pronounced health crisis because of this socioeconomic system; neoliberal policies like NAFTA have been exporting corporate junk food like Coca Cola to Mexico, creating an obesity epidemic within the country that’s led to a surging pandemic death toll.

Of course, it would be more technically accurate to say that capitalism is the shared culprit behind these horror stories. But for rhetorical purposes, I’ve made neoliberalism the target of this article’s headline, because many don’t understand that in the modern world neoliberalism is inseparable from capitalism. There’s no capitalist country that’s free from neoliberalism, because capitalism’s crisis has advanced to the point where the global bourgeoisie can only keep up profits by embracing neoliberalism’s core goal: to push the costs of the system’s ailments onto the lower classes.

It’s because of this that reformist leaders like Mexico’s Andrés Manuel López Obrador can’t rid their countries of neoliberalism, and therefore have a highly limited ability to protect their people from the tragedies that neoliberalism is producing. Until a country becomes a socialist workers state like China, Vietnam, or the DPRK (which are three of the most successful countries at reducing pandemic deaths) the country’s population will be subject to the cruel rules of late-stage capitalism.

These rules are exactly the opposite of what a society needs in order to handle a crisis like Covid-19. Late-stage capitalism’s byproduct neoliberalism defines everything within a Social Darwinist lens, prioritizing profit over any humanitarian or environmental concern. The market is worshipped as the unquestionable authority on how society should be run, with the individuals who get left behind by the market being blamed for not competing well enough. Under this narrative, the human race is fragmented, with no one having any responsibility to help others and therefore no one having any culpability for the system’s injustices.

It’s not hard to see why a cult has developed which denies the moral responsibility of the individual to help reduce the potential for the virus to spread. And it’s no wonder that this cult is strongest within the United States, the center of the political culture of neoliberalism. The U.S. is so gripped with the illness of neoliberalism that it’s the only major country without a universal healthcare program, and that it lacks many social services relative even to other imperialist countries. Many people living under this system can’t afford to reliably shelter themselves from the virus; they have to keep looking for jobs, try to keep their businesses running as usual, or avoid wildly overpriced visits to the hospital. So the U.S. has become the epicenter for the pandemic, with the other biggest victims of neoliberalism being impacted to similar degrees.

When more of the global proletariat breaks free from its chains and workers democracy comes to these places, neoliberalism will be wiped away, along with the socioeconomic system that produced it. Until then, the vicious public health cycle that neoliberalism has created in this last year will continue.