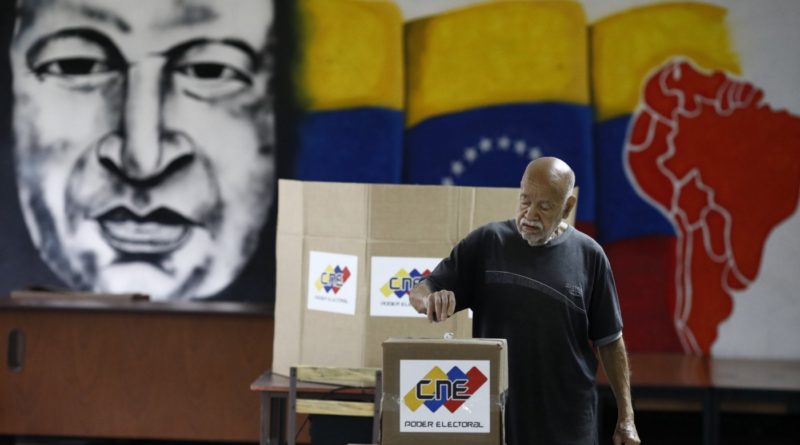 Important events in Venezuelan politics have occurred in the last week.

Following an agreement between the Venezuelan government and the anti-Chavez parties participating in the National Dialogue Table, the Supreme Court of Justice (TSJ) was formally asked to appoint a new National Electoral Council (CNE), given the legislative omission of the Venezuelan Parliament and its neglect of the electoral nominations committee.

The governing board of the electoral body was appointed days later, taking a fundamental step in securing parliamentary elections this year in order to renew the composition of the legislative branch, as required by the current Venezuelan Constitution.

As expected, the traditional parties of the so-called G4 rejected the appointment and have indicated that they will not participate in the upcoming elections.

Deputy Juan Guaidó, in a new blow to the country’s legal order, has affirmed that he will extend the term of his fake “interim presidency”, based on the support of the United States and other western countries for his alleged presidency of the Venezuelan Parliament, ignoring that earlier this year, opposition deputy Luis Parra displaced Guaidó as the new president of the national legislature.

The formation of the new electoral entity has sharpened tensions in anti-Chavismo, radicalizing its internal disputes. Those who are part of the National Dialogue Table analyze parliamentarians as an opportunity to displace traditional parties from the political and electoral table, to which the G4 has responded with a reinforcement of its abstentionist line.

The blackmail is bidirectional: while the G4 accuses the peripheral parties of favoring the stability of the “Maduro regime”, the actors traditionally excluded from the anti-Chavista political leadership claim that abstention does not favor political change.

As friction has increased, the anti-Chavismo power blocs seem to be fragmented still further: there are rival figures from Guaidó, such as María Corina Machado, who do not agree with the participants in the National Dialogue Table and neither with the G4, and others, like Henrique Capriles, who are betting on parliamentary elections against the current of the dominant tendencies of their own party, Primero Justicia.

The saying that “the enemy of my enemy is my friend” is not fulfilled when speaking of anti-Chavismo.

The G4 has tried to show itself as a solid, unitary bloc with the capacity to drag the majority feeling of the anti-Chavistas in the face of the upcoming elections. But things are not going well at home.

In all three cases, the former leaders claim that there have been political differences regarding the dialogue processes and problems of organization and leadership, referring between the lines to the management of Juan Guaidó at the head of the organization created by Leopoldo López.

These events represent a metaphor for the current situation of the fake president of the National Assembly: Guaidó tries to project himself as the undisputed leader of Venezuela, but, in reality, he has no control over his own partisan organization.

In the symbolic formation of the Venezuelan social democracy, the Democratic Action party (Accion Democratica), there has also been an internal revolt because of the appointment of the new CNE.

The organization’s secretary general, Bernabé Gutiérrez, publicly called for an internal referendum to decide whether or not the party should attend the parliamentary elections, in a clear challenge to the leader of the “white party”, deputy Henry Ramos Allup.

The rebellion has been partially quelled. The leading cadres of the party have given their support to Ramos Allup, who has made the decision not to attend the electoral event, but a group of deputies, governors and mayors, demand that the debate be opened within the militancy to decide the direction of the party. Ramos Allup’s long lasting “dictatorship” as maximum authority has been questioned.

Bernabé Gutiérrez’s brother, José Luis Gutiérrez, has been one of the new CNE rectors appointed by the TSJ, a fact that activated the crisis in Acción Democrática after presuming that Ramos Allup had nominated him without the knowing of G4. Although he has denied his association with the appointment, the doubts are not entirely dispelled.

The metastasis of the anti-Chavista organizations reaches Primero Justicia, a formation that has several irreconcilable internal tendencies: that of the deputies Luis Parra and José Brito, both at war against Guaidó, and that of Julio Borges and Henrique Capriles, now faced by the abstentionist stand facing the parliamentary elections by the fake chancellor of Guaidó (Julio Borges).

Political subordination to Washington’s directives has been key in dismantling the anti-Chavista coalition. And the use of mechanisms of institutional repression (sanctions) against those who get out of the lane and decide to go to elections, has generated authoritarian behavior in the G4 political elite, connected to the flow of money and advertising support that comes from Washington.

In this sense, the divisions of anti-Chavismo is a logical consequence of the US “maximum pressure” campaign, aimed at destroying any initiative for political dialogue that relaxes the climate of confrontation.

The distribution of money and prominence has always been a divisive factor in anti-Chavismo. But it is not the only factor that derives in the intense waves of internal political war.

There is also a fundamental problem and it has to do with the very nature of the coalition. The glue that holds the G4 together is blind confidence in the US strategy to overthrow Chavismo, which in its view will translate into taking government positions in recognition of their loyalty.

But since this has not happened, the underlying differences are afloat: each sector has a different idea about the route to take power.

And in this sense, parliamentary elections pose a challenge: the electoral dispute requires well-oiled party organizations with a political presence in dozens of constituencies throughout the national territory.

Without organization, political leaders and leading cadres with the ability to drag votes on the periphery of the country, electoral demography is a factor that works against political formations, in contrast with the PSUV, with a much better-designed readiness and a much more active and organized militancy.

The denationalization of the elite of the Venezuelan right and its own annulment as a political actor against the directives of Washington, has contributed to the dismantling of its capacity to dispute politics in the legal field.

Because of this they have fled forward: waiting for a coup de grace that favors their return to political power by the fast track of the coup, assassination or military intervention. Meanwhile, the excluded parties seek to conquer the empty space that the G4 paralysis has generated.