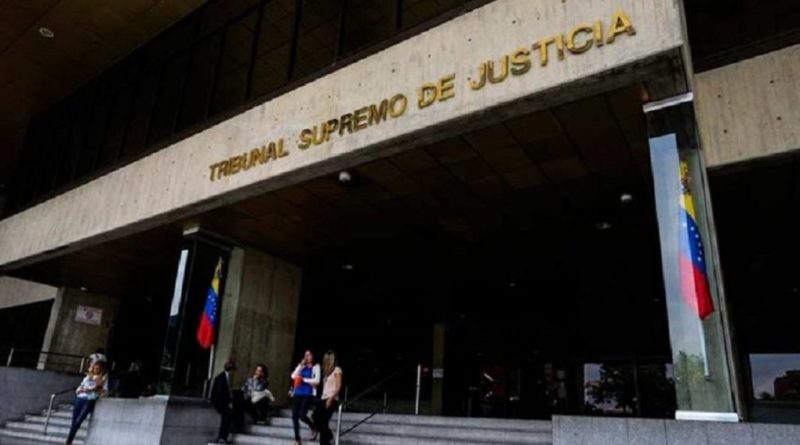 The Constitutional Chamber of the Supreme Court of Justice (TSJ) has decreed in the last 24 hours two precautionary measures of constitutional protection, one consisting of the suspension of the current Board of Directors of Primero Justicia (PJ), and another taking the same decision with the National Directorate of Democratic Action (AD).

According to TSJ judgment No. 0072-2020, sponsored by Justice Arcadio Delgado Rosales, an Ad Hoc Board of Directors is appointed to carry out the necessary restructuring process of the organization for political purposes, “Movimiento Primero Justicia”, chaired by citizen José Dionisio Brito as national coordinator; and it will also be made up of a Deputy National Coordinator, a Secretary General, a Deputy Secretary General and an Organizational Secretary, who will fulfill the managerial and representative functions of the “Justice First Movement” as well as the designation of regional, municipal and local authorities.

This decision adds that the Ad Hoc Board of Directors may use the electoral card, the logo, symbols, emblems, colors and any other concept of the aforementioned organization for political purposes, in addition, the acts of expulsion or partisan exclusion are provisionally suspended, suspension, among others, carried out by the members of the existing Board of Directors of the “First Justice Movement” against its militants.

In the present case, the Constitutional Chamber declared itself competent and admitted the constitutional relief action filed by citizens José Dionisio Brito and Conrado Pérez Linares.

On January 16, José Brito asked the Supreme Court of Justice (TSJ) to have his guarantees restored as a militant of the right-wing Primero Justicia party, after being expelled from the ranks of that organization. This request also includes deputy Conrado Pérez, with whom he supported Luis Parra as the AN’s president, instead of the self-proclaimed Juan Guaidó. Brito also requested that an internal process of elections for the political organization be convened so that all leaders can choose their new authorities at the grassroots.

The President of Primero Justicia, until June 16, was Julio Borges, who is wanted in Venezuela and his arrest has been requested from Interpol, due to being involved in the assassination attempt against Nicolás Maduro using drones and explosives, which occurred in August 2018.

Democratic Action (AD)
On Monday night, the Constitutional Chamber of the TSJ admitted and decreed a precautionary measure of constitutional protection consisting of suspending the National Directorate of Democratic Action. According to judgment No. 0071-2020, sponsored by the president of the aforementioned Chamber, Justice Juan José Mendoza Jover, that an ad hoc Board of Directors is appointed to carry out the necessary restructuring process of AD, chaired by citizen Bernabé Gutiérrez and that it will be made up of a President, a National General Secretary and a National Organization Secretary who will fulfill the managerial and representative functions of said organization for political purposes, as well as the designation of regional, municipal and local authorities.

The decision added that said ad hoc Board of Directors may use the electoral card, the logo, symbols, emblems, colors and any other concept specific to the organization for Democratic Action political purposes.

The ruling indicates that the acts of expulsion or partisan exclusion are suspended provisionally, suspension, among others, carried out by the directors of the national political leadership of Democratic Action against its militants and, specifically, those that fall on the acting citizens. In the present case, citizens Otto Marlon Medina Duarte and Jesús María Mora Muñoz filed an action for constitutional protection, on which the High Court Chamber declared itself competent and admitted it.

Henry Ramos Allup was the party’s secretary general until Monday but on Tuesday in clear disobedience of the TSJ rule, he swore in the deputy Carlos Prosperi as the new national secretary of the party, after the organization expelled Bernabé Gutiérrez, who was appointed this Monday by the Supreme Court of Justice, as president of an ad hoc board of directors to restructure the party.