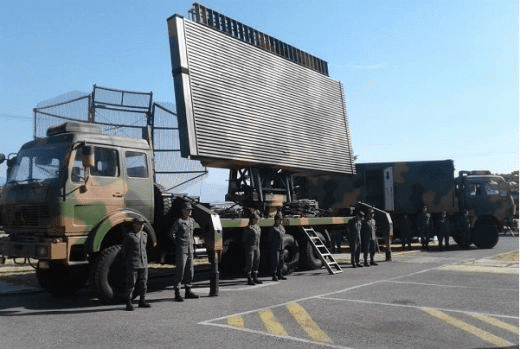 This week the Ministry of Defense of Venezuela unveiled part of the deep exploration system of Venezuela from the Comprehensive Aerospace Defense Command (Codai), located in Maracay, Aragua state, among which was the acquisition of four last generation Chinese radars, which will allow the national airspace to be protected, as they facilitate the detection of cruise missiles and stealth and unmanned airplanes (drones).

The international analyst and anti-Chavista military expert, Andrei Serbi, posted, on his Twitter account, his impressions about the arrival of these Chinese teams to the country, which are located at the El Libertador Air Base, in the city of Maracay, last week. Now they are in a test phase prior to their deployment to other parts of Venezuelan territory, he said.

For the expert, the acquisition of this high-tech equipment translates into China’s enormous technical-military commitment to Venezuela as the equipment is not even yet labeled.

“That they are Chinese radars is not a minor detail. The Chinese do not usually try new systems outside their territory, so providing the FANB with four state-of-the-art radar systems, implies a huge military-technical commitment from China to Venezuela,” Serbi said in part in a Twitter thread.

On the other hand, it stands out that with this acquisition, FANB’s anti-aircraft capabilities are among the most advanced in the region,” given the existence of previously incorporated radar systems, as well as a comprehensive anti-aircraft defense system based on Russian weapons systems.”

“Of all this, the most important thing is what has been previously indicated, it’s a drastic change in the Chinese engagement with Venezuela, implies a great commitment in support of the Maduro regime, and a considerable increase in the Chinese military presence in Venezuela,” said the geopolitical analyst.