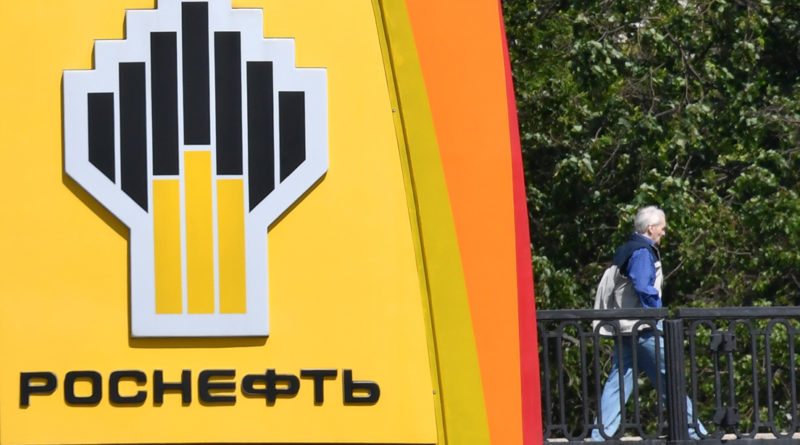 The US government announced on Tuesday the imposition of what they call “sanctions” against the Swiss company Rosneft Trading SA (which is part of the structure of the Russian state oil company, Rosneft), for its links to Venezuela. It also targeted the Spanish Repsol, which is being asked to “change” its activities with Caracas. The “sanctions” to the Rosneft subsidiary also reached the president of its board of directors, Didier Casimiro. Venezuelan opposition deputy Juan Guaidó called the measure a victory.

“Rosneft Trading SA and its president negotiated the sale and transport of Venezuelan crude oil (…) the US is determined to avoid the looting of Venezuelan oil assets by the corrupt regime of (Nicolás) Maduro,” said US Treasury Secretary Steven T. Mnuchin without mentioning that in contrast US regime allows Chevron to have oil operations in Venezuela.

The designated US envoy for Venezuela, Elliott Abrams, at a press conference called to give more details on these measures, said Rosneft Trading has facilitated the shipment of 2 million barrels of oil to West Africa last January and one million to Asia in September 2019.

In addition, according to Abrams, the company planned the export of 55 million barrels of oil together, in the last four months of last year.

Therefore, he noted that the US measure “is a reaction to the broad growth of this company in Venezuelan oil” and warned that “all those involved in transactions with Rosneft could be subject to sanctions. ”

As a result of the illegal sanctions imposed on Tuesday, all the properties and interests of Rosneft Trading SA and Casimiro in the US were frozen.

For his part, the Venezuelan deputy Juan Guaidó, which the US government recognizes as the supposed “interim president” of Venezuela, celebrated the sanctions, calling them “a victory.”

In January 2019, USA imposed strong unilateral coercive measures (called “sanctions” by them) against the state-owned Petróleos de Venezuela SA (PDVSA), after recognizing Juan Guaidó as “president in charge” of the South American country. Then, Washington froze all of the company’s assets and banned US citizens and businesses from transactions with the Venezuelan oil company.

However, oil companies like Rosneft have strengthened ties with the South American country. Last October, the National Constituent Assembly (ANC) of Venezuela approved the partial modification of a cooperation agreement on gas matters with Russia, with the aim of exempting the Russian oil company from taxes, to facilitate the firm’s operations and as a measure to counter US sanctions.

Russia’s response
Russian Foreign Ministry expressed their rejection of the expansion of coercive measures by the US to Russian entities.

However, they said that illegal sanctions “have not influenced and will not be able to influence Russian politics in international affairs, including interaction with the legitimate authorities of Venezuela, Syria, Iran or any other country.”

They explain that these illegal Washington measures “increasingly undermine global free trade for which Americans advocate so much and increase tensions at the international level.”

“The US is trying to erase any oil company from doing business with Venezuela but their own Chevron in clear evidence of how desperate the US empire is working to stop its economic decline by displacing competition,” a diplomatic source said to OT.

Threats to Repsol
At the press conference, Abrams said they have conversations with Spain, to try to change Repsol’s relationship with the South American country.

“We will have more conversations with Spanish officials and Repsol (regarding Venezuela) and we hope that as we move forward, Repsol’s activities will change,” Abrams said, when asked about the activities of the Spanish oil company in Venezuelan territory.

In early February, Repsol President Antonio Brufau said that the Spanish company “has been in Venezuela for 20 years” and expects “at least 20 years more.”

“Be it one government or another, what we want is always the best for Venezuelans,” Brufau added, in press statements at the VII International Business Symposium of the Foundation for Energy and Environmental Sustainability (Funseam).

Target companies
Two weeks ago, a senior US official, who requested anonymity, in a telephone press conference, reported that US pressure against the government of President Nicolás Maduro in Venezuela will increase and, for this, sanctions on oil companies are contemplated.

“Whether it is Rosneft, Reliance (India), Repsol or Chevron here in the US, I would be careful about your activities in Venezuela that directly or indirectly support the Maduro dictatorship,” he said.

With that announcement, this Tuesday it became clear that the sanctions began against the Rosneft subsidiary.

“There will be more steps and more pressure in the coming weeks and months,” Abrams threatened at the press conference.

Translated and edited by JRE/EF9