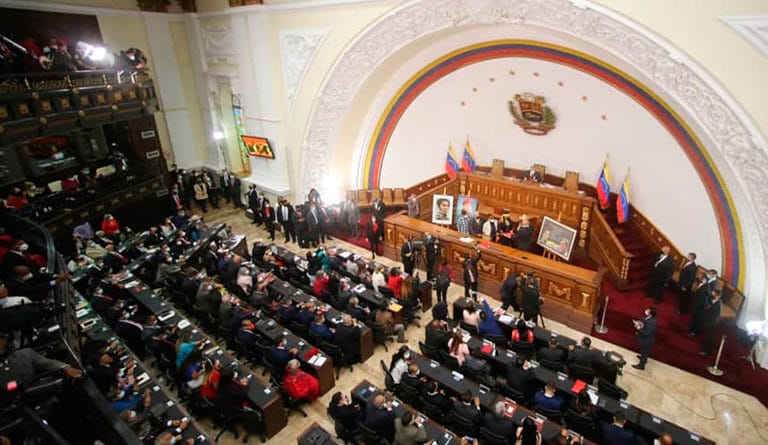 Today, the first Vice President of the Venezuelan National Assembly, Iris Varela, requested the creation of a special commission so that within 48 hours an arrest warrant could be issued for those who attacked the political stability of the country over the last two years.

However, she stated that by virtue of the nature of the parliament, agreed to by the Board of Directors, within a period of one month the special parliamentary commission must present the draft exhortation to the Judiciary to issue arrest warrants against deputies and members of the previous board of directors for damages caused to the political, economic and social stability of Venezuela.

PSUV Deputy, Iris Valera, requests the creation of a commission to investigate the crimes against the republic and to arrest those involved in no more than one month. https://t.co/QsTZaOF885

“I am not going to propose a modification of the order of the day, but rather that the investigations be deepened and as a result that justice acts with all the force that the people have provided it with,” she said.

“The investigations of the acts committed by former deputies and some opposition parliamentarians of the National Assembly from the 2015-2021 term, who promoted actions against the country, [should] be deepened,” she reiterated. Varela, also commented that in a peremptory period of one month, the aforementioned commission must announce results and make an appeal to the Judiciary.

In this respect, the president of the National Assembly, Jorge Rodríguez, announced the creation of a Special Investigative Commission for Actions Perpetrated against the Republic, whose President is José Brito, Vice President Hugbel Roa, and Second Vice President Vanesa Montero.

Previously, the deputy Diosdado Cabello had proposed, for the agenda of the next session of Parliament, the modification of the Regulation of Discussion and Debate of the Legislative Power, and the creation of a Commission for the Development of the Communes, in order to consolidate them at the national level.

At the beginning of today’s session, the president of Parliament swore in the main and supplementary deputies, national and regional, who were not sworn in during the January 5 session.