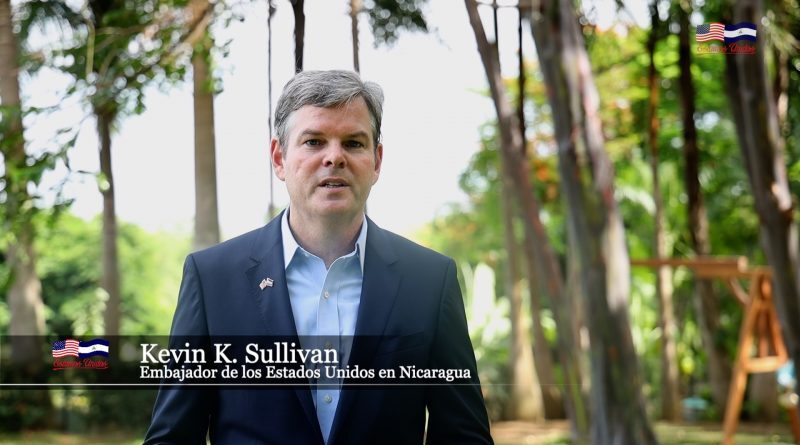 The United States Ambassador to Nicaragua is being told to cease covert attacks and continued interference in Nicaragua with just weeks remaining before the country’s general election.

A press release from the Ministry of Foreign Affairs of Nicaragua, dated Monday, October 11, denounces “continuing interference in the affairs of our country, on the part of the Ambassador of the United States of North America, Mr. Kevin Sullivan.”

Sullivan has been accused of expressing himself “directly and indirectly, to the detriment of our institutional decisions and our independent national policies, of an independent country” and is thus being called on to observe and comply with respectful and responsible conduct as outlined in the Vienna Convention on Diplomatic Relations.

“We demand that Mr. Sullivan cease his covert attacks, his hypocritical salutations, disguised as a diplomatic courtesy that he abandoned long ago, and that rather has been, and is, an example of the continuous, perverse, detestable invasive interference of the United States in our Nicaragua, so many abusive and criminal interventions that we have denounced and will continue to denounce.”

“Refrain, Mr. Sullivan, from continuing to violate our National Concord, and renounce wanting to impose your vulgar, creeping, aberrant, insolent, ignoble, abominable and decadent Yankee Policy, which we declare, once again, not pleasant for Nicaraguans” concludes the communique.

Nicaragua’s Supreme Electoral Council released the official sample of the electoral ballot for the November 7th general election in which citizens will vote for President, Vice President, national and departmental representatives and Nicaragua’s representatives for the Central American Parliament.

The United States government and the Organization of American States (OAS) has sought to undermine the election by laundering money to opposition figures and by waging a worldwide campaign to delegitimize the process, utilizing corporate foreign media to misrepresent Nicaragua’s reality.