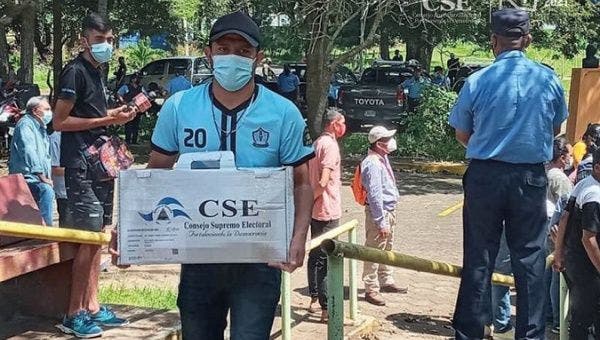 In advance of the Nov. 7 elections, the Supreme Electoral Council (CSE) reminded the Nicaraguans that the “electoral silence” period starts at midnight on Thursday.

During this stage of the process, the mass media will remain at the disposal of the CSE for the transmission of news related to the election of president, vice president, lawmakers, and Central American Parliament representatives.

On Monday, the CSE began the distribution of the electoral kits containing votation records, lists, and ballots. Previously, the authorities had delivered around 26,000 electoral prosecutor credentials to each of the participating parties.

The meme reads, “Three days before the general elections in Nicaragua, the Sandinista National Liberation Front (FSLN) has 70.7 percent of the voting intentions. The U.S. imperialism is already maneuvering to destabilize Nicaragua.”

From Nov, 5 to 12, the National Police will regulate traffic in the vicinity of the voting centers and will control the carrying of weapons. During these days, authorities will not allow the transfer of toxic chemicals or explosives or the consumption of alcoholic beverages in public places.

The CSE authorities also recalled that citizens carrying any type of party propaganda will not be allowed to enter voting centers. On Nov. 7, voting will not be permitted using a photocopy of an ID or photocopy of a supplementary voting document from previous elections.