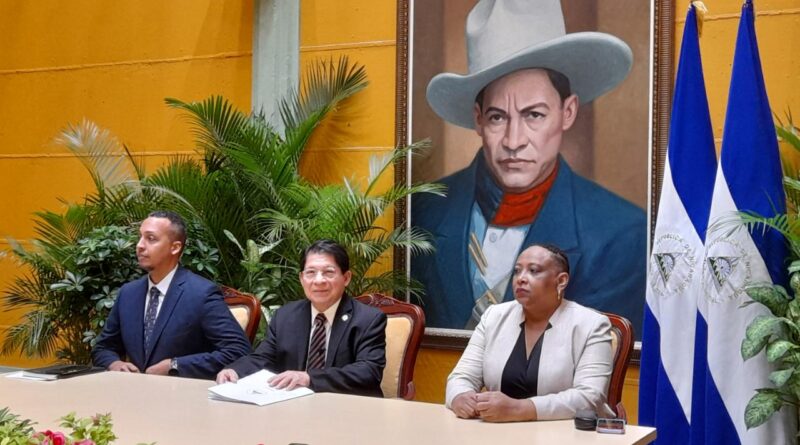 On Friday, November 19, Nicaraguan Foreign Affairs Minister, Denis Moncada, announced the irrevocable withdrawal of his country from the Organization of American States (OAS).

The government of Nicaragua sent a letter to the organization denouncing interventionist declarations from the OAS that refused to recognize the Nicaraguan elections of November 7, and thus resigns and leaves the organization that stipulates a two year term to make the resignation effective, as happened with Venezuela in 2019.

The OAS charter mandates a two-year exit process, during which time the departing country retains all of the rights and obligations of OAS membership.

In the letter sent to the OAS Secretary General Luis Almagro, the Nicaraguan government explains the reasons for ending relations and ties with the controversial regional body, plagued since its inception as Washington’s tool for imperialist control of the region. However, in recent years, during the term of Luis Almagro, the organization has acted as an active and belligerent body serving with impudence the mandates of the United States regime.

“The Organization of American States was designed as a diplomatic political forum that was born under the influence of the United States as an instrument of interference and intervention,” repudiated Moncada, without mentioning that for decades the OAS has been known as the US Ministry of Colonies.

Likewise, Minister Moncada pointed out that his country respects and defends the principles that govern international law—compliance with the United Nations Charter, respect for the sovereign equality of States, and non-interference in internal affairs of other nations.

“The mission of this organization [OAS] is to facilitate the hegemony of the United States with its interventionism in the countries of Latin America and the Caribbean, which for Nicaragua is unacceptable. We reject it and we condemn it,” Moncada emphasized.

RELATED CONTENT: If There Was “Fraud” in Nicaragua’s Elections, Where is the Proof?

In this regard, the Nicaraguan foreign affairs minister reiterated that Nicaragua is not a colony of any power, and that Nicaragua has national dignity and decorum in legitimate defense of its independence and sovereignty.

The Nicaraguan National Assembly urged Ortega to withdraw Nicaragua from the OAS after repeated acts of interference and intervention by the organization against the parliamentary and presidential elections in the Central American country, which were held on November 7. Despite the pandemic, and also the fact that voting is not mandatory in Nicaragua, the elections saw a strong turnout, and President Ortega obtained a resounding victory.

Featured image: Nicaraguan Foreign Affairs Minister Denis Moncada announcing the decision of the government of the country to formally withdrawn from the OAS.  Photo: Twitter / @KawsachunNews