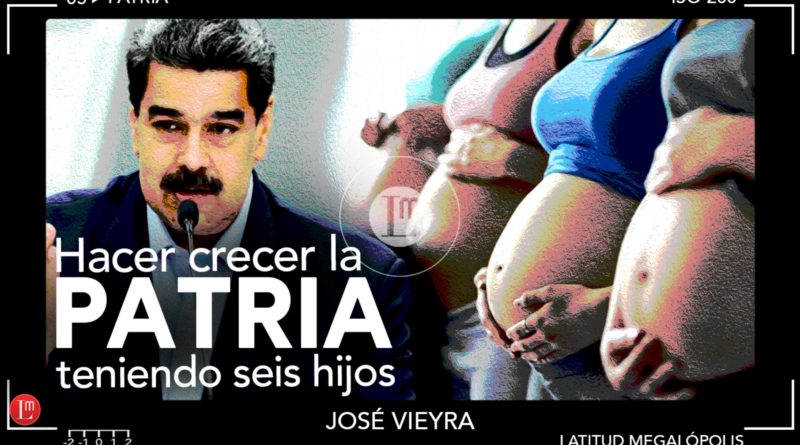 I respect UK journalist Andrew Buncombe. As I noted for FAIR last year, he was one of the few corporate journalists who reported on a study linking Trump’s financial sanctions on Venezuela to thousands of deaths by the end of 2018. Since 2018, Trump has repeatedly intensified the sanctions and threatened Venezuela military action, including a naval blockade.

For years, Buncombe has also stood out admirably from countless UK journalists by not mocking the plight of Julian Assange – and Buncombe has even expressed dismay that so many of his colleagues have done that.

So I was surprised and disappointed by an article he wrote recently about Venezuela. The headline said “Venezuela’s Maduro urges women to have six children ‘for the good of the country’”

Maduro was obviously joking. He made the remark just before calling for a musical break in a broadcast about a government program that educates women on how to manage pain during natural childbirth. The program is also meant to support women throughout their pregnancies and beyond. The full broadcast can be seen here. Top government officials continue to say that contraceptives should be used to avoid unwanted pregnancy.

Article 76 of Venezuela’s constitution “guarantees full family planning services based on ethical and scientific values”. In 2015, under Maduro, the Health Ministry distributed millions of condoms for free. If there has been any change in policy Buncombe cited absolutely no evidence for it.

RELATED CONTENT: The Awkward Truth About Abortion in Venezuela

No doubt Venezuela’s economic crisis – deliberately exacerbated by US sanctions which have been in place since 2015 – has reduced the Maduro government’s capacity to fund such initiatives and much else. Buncombe’s government (the UK) has also done its part to make the crisis worse. It has blocked Venezuela from repatriating $1.2Bn worth of gold.

Buncombe’s article said that Venezuela has sunk into “ruin amid a combination of corruption, falling oil prices, economic mismanagement and political violence.” An inexcusable omission from his list is the impact of US sanctions that Buncombe has reported in the past. Imperial privilege allows people in rich countries to forget their own government’s crimes even as they are still being perpetrated.

Two decades of reporting like this by western media about Venezuela has made it possible for Trump to threaten a naval blockade and other military action against it.