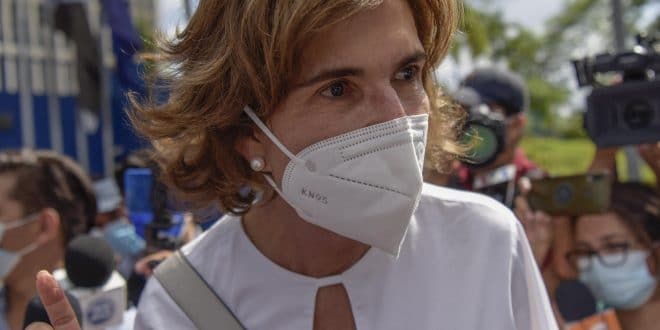 Imagine what would happen if the US media discovered that a candidate in the mid-term elections was under investigation by the FBI for receiving money from a foreign government. Then, suppose it was one that’s hostile to the US, perhaps Syria or Iran, and that the same government was also covertly funding election coverage in, say, Fox News. How would the rest of the media respond? By claiming that the candidate’s democratic rights were under threat from the FBI? Or by expressing shock and horror at foreign interference in US elections and urging the FBI to arrest the culprits?

The answer is obvious, but why aren’t the shock and horror also evident when US media identify foreign meddling in an election somewhere else? If the meddling is by the US government, ever quick to accuse Russia if there’s any suggestion that it’s interfering in US politics, then there is also gross hypocrisy to be exposed. As a Scottish minister of justice once said (in relation to the US’s contorted involvement in Libya), ‘the US sadly often adopts a position of seeking to enforce standards on others that it will not accept or abide by itself.’ Yet time and again the US media also fail to hold the government to the standards they apply to other countries.

Take the case of Nicaragua. It has elections coming in November and has just introduced reforms to make its electoral process clearer and improve the tracking of the results so that any scope for fraudulence is further minimized. Another reform is a ‘foreign agents’ law which prohibits foreign funding of politicians and obliges NGOs receiving money from abroad to show how it is being used. It is similar too but less stringent than the US’s own Foreign Agents Registration Act (known as FARA), passed originally in 1938 and now accompanied by at least four other related laws. Despite these precedents, the US State Department, in full hypocrisy mode, said in February that the new law ‘drives Nicaragua toward dictatorship, silencing independent voices’. It has also criticized Nicaragua for suppressing political demonstrations when it merely requires organizers to get police permission, even while the US has itself been criticized recently by a United Nations expert for ‘the wave of anti-protest laws’ that is ‘spreading through the country’.

This week, a budding presidential election candidate and head of an NGO, Cristiana Chamorro, was under investigation by Nicaragua’s interior ministry for incorrect use of foreign funding. Chamorro was head of a non-profit, the Violeta Barrios de Chamorro Foundation, which she closed in February saying that she refused to comply with the foreign agents law. The US State Department cited this as evidence that Ortega intends to ‘take the country further away from free and fair elections in November’, describing the Chamorro foundation as a ‘bastion of free expression’. The Chamorros, one of Nicaragua’s richest and most influential families, also control the only daily newspaper, La Prensa, as well as the digital newspaper Confidencial; both are deeply hostile to the Sandinista government and are widely quoted by the international press.

The Chamorro foundation is being investigated because it has received over US$6 million from the United States Agency for International Development (USAID) since 2015, of which US$3.7 million is specifically to influence this year’s Nicaraguan elections. The funding is passed on to some 25 opposition media outlets, several owned by the Chamorro family itself. For example, Confidencialand Esta Semana, both owned by Cristiana Chamorro’s brother, Carlos Fernando Chamorro who is also under investigation, received about US$2 million. The Chamorros have received US money from other sources too: for example, both Confidencial and their think tank Cinco received funds from the National Endowment for Democracy (another US government agency) in the run-up to the violent coup attempt in Nicaragua in 2018. Even in 2021, USAID money has been distributed to opposition media which were important players in the violence three years ago.

How was the announcement of the Chamorro investigation handled by the US media? NPR led the way by immediately following the State Department’s line. Its report from Mexico by correspondent Carrie Kahn, headed Ortega Targets Opposition Figures, called the investigation ‘the latest move by President Daniel Ortega to crackdown on critics’ ahead of the elections. Kahn seems to have written little about Nicaragua before except, ten days earlier, when she claimed that ‘citizens are working to expose Covid’s real toll in Nicaragua as leaders claim success’, without making it clear that the ‘citizens’ are small opposition political groups, or that her co-writer on that story, Wilfredo Miranda, also writes for Confidencial.

In her latest piece, Kahn found no reason to mention that in the United States a similar NGO to Chamorro’s would have to comply with similar legislation. Nor did she point out that the US government has made numerous recent investigations of foreign funding under FARA and related regulations, while this is believed to be the first use of Nicaragua’s new law. The US government has also been accused of using these investigations to ‘attack’ non-profit bodies whose work appears to challenge government policies, for example on environmental issues. In other words, Nicaragua is simply making the same checks on foreign influence on its elections that would be made in the United States and in many other countries.

Even more bizarrely, NPR never thought to ask where the Violeta Barrios de Chamorro Foundation’s money actually comes from. Unsurprisingly, when the State Department praised the foundation, it failed to mention that the US government gives it millions of dollars each year. Yet an independent journalist such as Kahn should surely have asked this very basic question, especially as this was the reason for the interior ministry’s investigation and the funding sources can be found in public documents.

Instead of investigating the source of Cristiana Chamorro’s money, NPR unquestioningly repeats her claim that ‘she has always been honest and transparent in her foundation’s accounting’. NPR goes on to say that ‘the police raids and the allegations of money laundering against Cristiana Chamorro are the latest moves by Ortega to quash the opposition and close avenues for valid candidacies in the upcoming presidential race’. It gives no credence to their being legitimate investigations of the kind that might be carried out in similar circumstances in the US: instead, it is taken for granted that Nicaragua’s interior ministry is simply up to no good. NPR is committed to ‘accuracy’, ‘fairness’ and ‘completeness’ in its reporting. Yet its failure to ask basic questions in this case has produced a one-sided picture that reinforces the false image of Nicaragua portrayed by its opposition politicians and by the US State Department.

Featured image: Cristiana Chamorro is seen outside Nicaragua’s Ministry of the Interior after being accused of money laundering on Thursday. Inti Ocon/AFP via Getty Images. 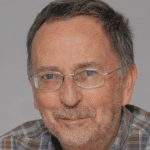