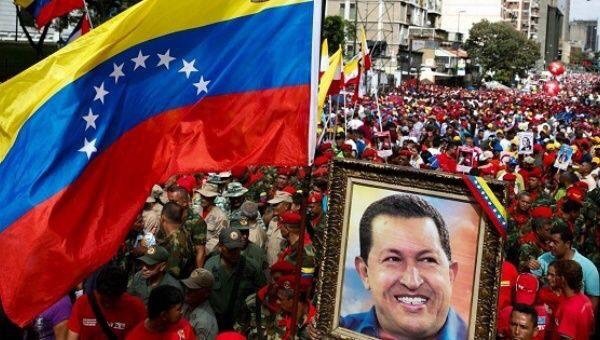 The Party of Socialism and Liberation (PSL) is inviting to a solidarity activity in NYC for today from 6 to 8 pm in front of the Venezuelan m Consulate, 7 E 51st.

Below an update translated by William Camacaro an old time Venezuelan activist from New York:

I am at this moment in Caracas Venezuela, en la patria de Bolivar, Chavez y Maduro. I want to thank all of you for your support. Venceremos!

The self-proclaimed president of Venezuela is in the embassy of Colombia since yesterday . He’s probably thinking of governing from exile.

?? Who is in Miraflores ( presidencial office ) and holds the Presidency of the Republic is Nicolás Maduro.

?? The self-proclaimed (self-appointed) interim president is sheltering in an embassy, in other words, in foreign territory.

?? Guaidó does not have control of the F.F.A.A. -for Venezuela Bolivarian National Armed Forces- and already the military high command reiterated loyalty to Maduro.

?? The usurpation of functions is classified as a crime in our constitution, and consequently the Venezuelan justice will act.

?? At this moment he would be the president of two public powers, which is a usurpation and violates the same independence of powers that the opposition pretends to defend, regardless of any legality.

?? The government of President Nicolás Maduro broke diplomatic relations with the US and ordered all of its accredited personnel in our country to leave the territory in 72hrs.

? Please spread this out to our national and international contacts. And join any solidarity activity agains yanki Coup D’Etat in Venezuela.

? The usurpation and attacks against Venezuelan people all over the world, seeks more a show and international recognition, than a real control in our country. They want to legitimize a supposed “humanitarian” corridor, as in Libya, which was the mask to invade.