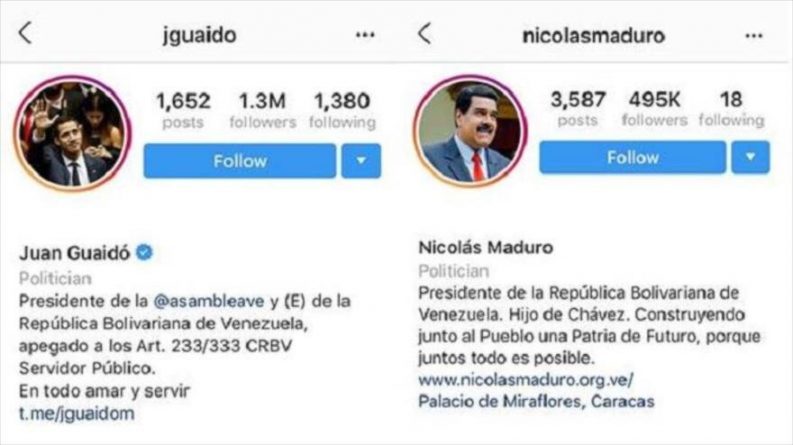 The social networks of Instagram and Facebook eliminated on Wednesday the verification badges to the accounts of the president of Venezuela, Nicolás Maduro.

Instagram and Facebook decided to eliminate verification badges of the Venezuelan president hours after the head of the Parliament of the South American country, Juan Guaidó, proclaimed himself “president in charge” of the country to force the exit of the Maduro Presidency.

Almost all the presidents of the world, who have an account in the famous social network, have the ‘check mark’.

The tension between Maduro and the opposition skyrocketed when the US Administration, headed by Donald Trump, issued a statement half an hour after Guaidó’s announcement, in which he recognized the young dissident as interim president of Venezuela, a step that Argentina, Colombia and Peru, among other countries, also took.

Several countries, such as Mexico, Russia, Cuba, Bolivia, China, Iran and Turkey have supported Maduro in the face of foreign interference. Moscow denounced the maneuvers of the West too, in violation of international law and the sovereignty of Venezuela, attempting the overthrow Maduro’s Government.