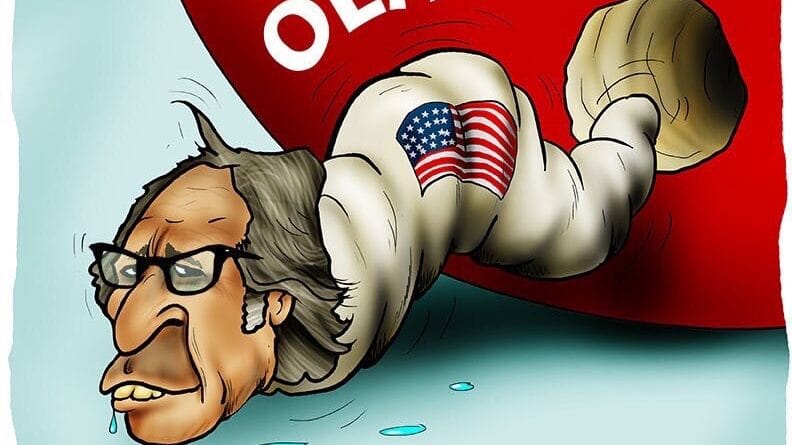 The Secretary General of the Organization of American States (OAS), Luis Almagro, recognized his role in the coup in Bolivia that caused the forced departure of the former president Evo Morales, Telesur reported on Monday.

In the book Luis Almagro Does Not Ask For Forgiveness, written by a group of Uruguayan journalists and set to be published tomorrow, the representative of the international organization narrates how he supported Morales to run for re-election in 2019 “to gain his trust.”

The text is the result of more than 100 interviews, and twenty hours with Almagro in which his political career is described. Among the most significant political events reported was his strategy to “unseat Evo Morales,” and—according to him—his success in convincing the United States to ally with his position both against the Venezuelan government, and in support of Dilma Rousseff.

The authors of the book show that Almagro’s role in Morales’ departure was part of a premeditated strategy, which began in 2017 and culminated in the OAS Electoral Observation Mission, to present alleged irregularities in the vote count in 2019, thus preventing the re-election of the president, which encouraged the military coup.

Regarding Evo Morales and the 2019 elections, Almagro stressed that, among other details, “we were open to the possibility of Evo winning legitimately… For me that was impossible, impossible.” OAS’s Secretary General, one of the more sinister and belligerent diplomats, heads a body that is supposed to encourage peace and diplomacy among countries in the hemisphere.

Many analysts agreed that Almagro appears to be on the payroll of the US Department of State, and hold him responsible for the institutional deterioration of the OAS, creating a deep political divide among member countries.