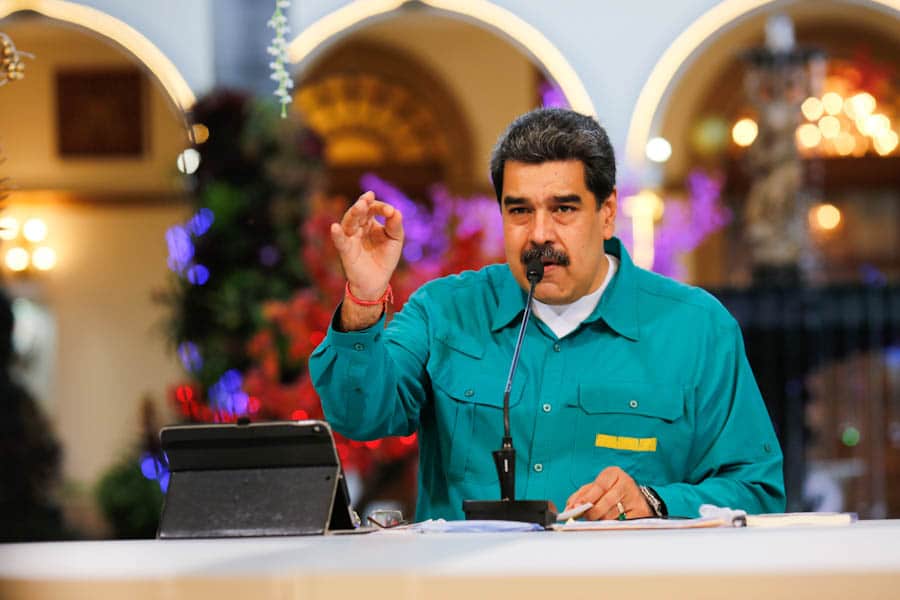 The Venezuelan President, Nicolás Maduro, expressed his solidarity with the people of Peru, in the midst of the political crisis that that country is going through. “My greetings in solidarity with the people of Peru, who are fighting for their human rights, for a true democracy, for their economic rights, for their social rights. All our support for the people of Peru, who took to the streets to oppose a new maneuver by the oligarchies, the economic groups and the media that are behind the political power,” said the President this Sunday, during a working meeting from the Miraflores Palace in Caracas.

The interim president of Peru, Manuel Merino, presented his resignation this Sunday after Congress asked him to resign immediately, due to the political situation in the country. The resignation came after Congress met this Sunday morning to seek a way out of the wave of protests, spreading across Peru over the last week, due to the multifaceted crisis. Earlier today Peru’s congress appointed liberal centrist Francisco Sagasti as the new interim president.

RELATED CONTENT: Over a Million Welcome Evo Morales in Chimoré

In this sense, Venezuela’s Head of State observed that the crisis in Peru is at least thirty years old. “It is a crisis of legitimacy for the Peruvian political system. All our solidarity with the people of Perú, who are waking up in rebellion and courage,” he remarked. In his reflections, the President emphasized that the people of Peru took to the streets to oppose a new maneuver by the oligarchies. “Where is the Lima Group to protect the people of Perú, and their human rights?” he asked ironically.

His question arises in view of the fact that Peru was the country that hosted the creation of the so-called Lima Group, best known for prosecuting diplomatic aggression and actions of illegal interference in the internal affairs of Venezuela, and in which the Organization of American States played a major role.

However, Peru today has a government that is not recognized by that body and by several countries in the region.

Since 1985 all the leaders, with the exception of Valentín Paniagua, interim president between 2000 and 2001, have faced justice and been jailed. The most recent is Martín Vizcarra, against whom the Prosecutor’s Office opened an investigation for irregular payments—from the infamous Odebrecht construction firm—allegedly received when he was governor of the southern department of Moquegua several years ago.

Vizcarra came to power through an impeachment process, when in 2018 he succeeded Pedro Pablo Kuczynski, under whom he was serving as vice president.

“Since Fujimori’s time, when the ‘Fujimorazo’ happened, the people have hated Congress, the congressmen and the oligarchy parties, so a dragged out crisis is coming, and the right wing has figured out how to place a candidate to deceive the people of Peru. Then Congress votes for him and a year later that candidate is serving corrupt economic groups—but the Peruvian people are waking up,” the Venezuelan Head of State remarked.

The president concluded his comments with a joke about the political future for Perú, mentioning deputy Juan Guaidó. “It seems that nobody wants to assume the presidency there,” said President Maduro. “We can send Guaidó to assume the presidency and proclaim himself president of Perú. What do you think? That way he can fulfill his dream of entering a presidential palace, because here he has no life!” Later, he clarified that it was a joke.