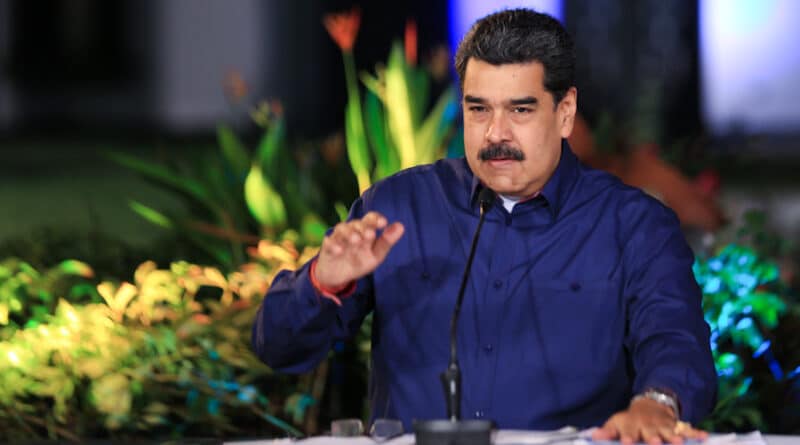 The President of Venezuela, Nicolás Maduro, gave his support to the people of the United States (USA) on Wednesday, stressing that they must deal with their own electoral system.

“The US is dealing with its own electoral system, we do not meddle in the internal affairs of any country. Where is Luis Almagro to condemn what is happening in the US?” He questioned during a working meeting broadcasted by public TV.

He stressed that the US electoral process is respected by the Venezuelan government,” we do not meddle in their internal affairs because we repudiate their interference in our internal affairs and when they get involved in world elections, but they (US citizens) have also to defend themselves,” he said.

“We do not accept that anyone interferes in the internal affairs of our country, but we are attentive to what may happen in the US because world sovereignty must be respected and supported,” Maduro stressed.

Regarding Venezuelan elections, he recalled that yesterday the electoral campaign began on the way to the 6D parliamentary elections.

“Yesterday the Electoral Campaign began in Venezuela, which is a demonstration of how an electoral process takes place in peace, where the results are given the same day of the elections and that is how it will be on December 6, we are heading towards popular elections, participatory elections.

“We need political stability, a democracy with people to rescue the economic productivity of the country, so we will go to the debate of ideas,” he added.

“In Venezuela we give the results of the elections the same day with an exact report, on the same night the results are given and that’s how it will be on December 6,” he said.

Similarly, he recalled the number of parties that are participating in the electoral process, “on December 6 we will have participatory elections. 107 political parties, out of which 90% are anti-Chavista, 14,400 male and female candidates are vying for a seat in the National Assembly,” he recalled.