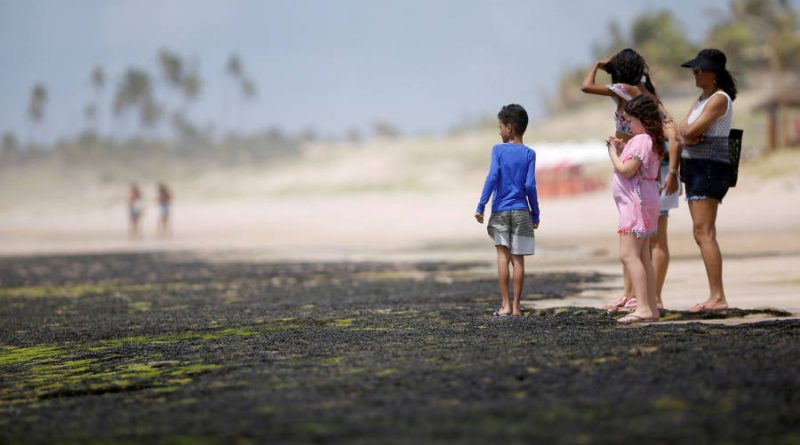 The Greek company Delta Tankers, which owns the vessel that allegedly spilled oil off the northeast coast of Brazil, denied being responsible for the spill.

The company said it conducted a study of the cameras, sensors, activities on board and trajectory of the ship and found no evidence of a leak in the vessel, Prensa Latina reported.

Representatives of the company explained that with the study done, they detected that the Bouboulina tanker did not stop, nor did it perform any type of STS operation (transfer of cargo from one vessel to another), nor was there a leak or spill of hydrocarbons, nor did it deviate from its course, on its way between Venezuela and Melaka, Malaysia.

They assured that the material obtained will be shared voluntarily with the Brazilian authorities if they contact the company in this investigation. “But so far, this contact has not been made,” the company said.

Delta Tankers explained that the shipment of crude oil shipped in Venezuela was completely unloaded in Malaysia and is only aware of the reports made in the press. He clarified that as of day’s end Monday, he had not yet been officially contacted.

Brazilian Defense Minister Fernando Azevedo acknowledged that his government still does not know how much oil will yet reach the country’s coasts, and described the environmental disaster as unprecedented in Brazil and in the world.

Last Friday, the government of Brazil reported that a ship with a Greek flag was be responsible for the oil spill that affected more than 250 beaches, and 500 thousand kilometers of the northeast coast of the country in recent months.

For several weeks before that announcement, Brazilian officials accused Venezuela of the spill until PDVSA release an official statement clarifying the lack of scientific support for the allegations while offering to cooperate with Brazilian authorities that seemed to be working blind out of pure incompetence.