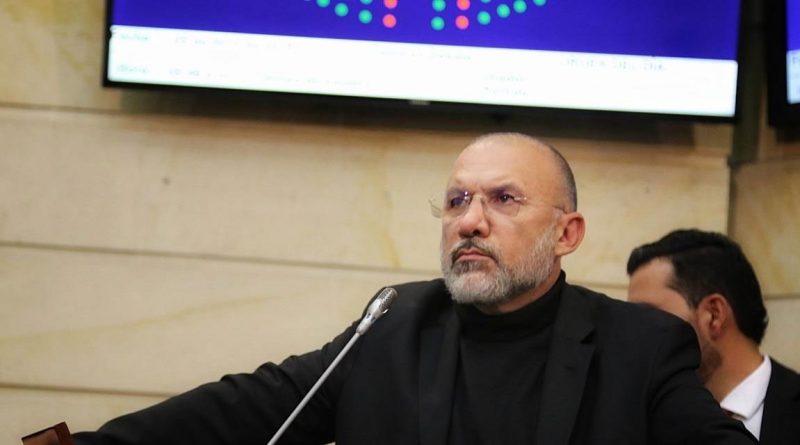 Colombia’s Senate was shocked on Tuesday when hearing that at least seven minors were killed in a bombardment that President Iván Duque presented as an “impeccable operation” against dissident FARC rebels.

The accusation was made by influential Senator Roy Barreras during a debate over a motion of no confidence against Defense Minister Guillermo Botero.

Last night I authorized the Joint Command of Special Operations to carry out an offensive operation against this gang of narco-terrorist criminals, who are residuals of what was known as the FARC, and who are part of the criminal structures that now seek to challenge Colombia.

A day later, Botero said that “14 criminals were killed” in the military operations in the southern Caqueta province in which FARC dissident leader “Gildardo el Cucho” allegedly was killed.

‘Why didn’t you tell Colombia you had bombed children?’

During the debate, Barreras showed documents from the medical examiner’s office that said that among the dead were seven minors, including a 12-year-old girl, who were “re-victimized because you presented them as criminals.”

The defense minister was informed about the death of the children and minors, but kept this secret, according to Barreras.

According to Barreras, the number of minors killed in the bombardment could be higher; four bodies were so torn apart that the medical examiner’s office could only “estimate they were between 15 and 20 years old.”

According to Botero, the military was not aware of the presence of children and minors at the site that was bombed and insisted that “the operation was legal” and no violation of international humanitarian law.

Nevertheless, the minister accused the alleged target of the bombing, Gildardo el Cucho, of “having child soldier camps.”

Barreras and other senators filed the second motion of no confidence against the minister because of increased violence and mounting reports that the military is killing civilians and reporting them as combat kills.

When Duque’s political patron, former President Alvaro Uribe was president and the army was fighting the now-demobilized FARC guerrilla group, thousands of civilians were executed and presented as guerrillas killed in combat.

The senate is set to vote on the motion of no confidence next Wednesday.