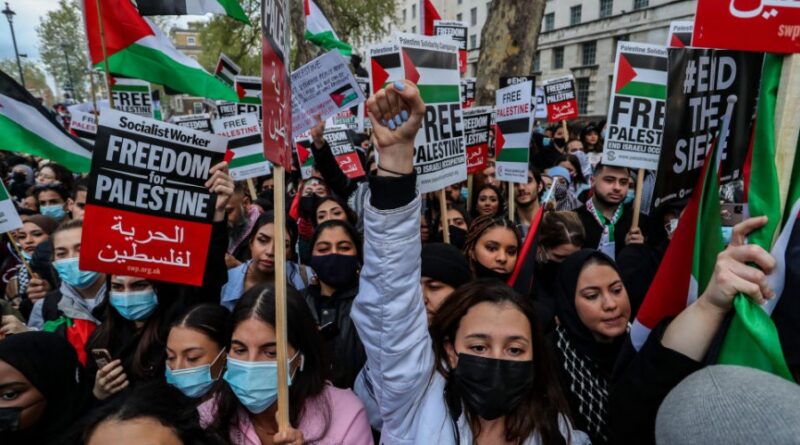 In “Invention, Memory, and Place,” the late Edward Said reflects on the question of collective memory: what is remembered, how, and in what form? On Nakba Day, May 15, 2021, it is fitting to contemplate on the meaning of his query.

This year Nakba falls amidst escalation of Palestinian resistance to the expulsion of six families from their homes in the occupied East Jerusalem neighborhood Sheikh Jarrah. In the past few days, these residents and their supporters have met increased aggression from Israeli forces who want to turn this area into another Jewish settlement.

Recent Zionist attacks have also targeted Palestinian protestors and worshipers at Al-Aqsa mosque. According to Maryam Alaniz, dozens of Palestinians have been arrested during protests over forcible eviction in Sheikh Jarrah, while Israeli security forces have also invaded the Mosque using tear gas, rubber-coated bullets, and shock grenades.

In response, Palestinian activists in Occupied Palestine, as well as international solidarity activists, are organizing solidarity protests in major US cities, including my own Albuquerque, New Mexico as well as in Berlin, Germany; Santiago, Chile; Aotearoa, New Zealand; and Yemen, to name only a few rallies that are planned.

These counter-narratives are more important now than ever. Eviction is a form of ethnic cleansing, but it also a way to erase the Palestinian presence on the land. Indigenous people elsewhere understand this process, as it has happened, too, in the Americas.

As Rachael Riley-Laguna (Laguna Pueblo) says, “it’s paternalistic and colonial to describe someone as a ‘voice for the voiceless’- you just don’t listen, whether it’s to human beings or the environment,” thereby asserting the importance of Indigenous voices—and their memories–to construct a counter-narrative that traces their continuous presence on the land.

Moreover, as Linah Alsaafin observes, Palestinians and their supporters have criticized social media companies for shutting down their personal accounts as well as censoring content regarding attacks on residents and protestors by Israeli forces in the occupied East Jerusalem neighborhood.

“The fact that we have to fight to be heard,” laments activist Nerdeen Kiswani, before we even fight back against the settler colony of Israel is so demoralizing and upsetting.” Reacting to the removal of social posts related to Sheikh Jarrah, she concludes that “these spaces aren’t made for us,” and so there is a “need to build an alternative,” a need to “build in person, with a physical community” and “a base.”

In a call to allies, Kiswani demands: “Please amplify. They choke Palestinians on the ground and try to choke us out here because they know the truth exposes Israel’s atrocities and will be a reason for their demise.”

Where there have been mainstream media accounts, it’s often skewed to make Palestinians appear as the aggressors rather than the victims of targeted violence. For example, while the New York Times posted recipes for suhoor, iftar and Eid al-Fitr, its coverage of Israeli aggression at Al Aqsa Mosque was more difficult to swallow. Writes Patrick Kingsley:

This sequence leads the reader to believe that Israeli forces responded to Palestinian aggression, rather than what really happened. Indeed, it is difficult to find coverage that does not use the term “clash,” implying that two equally responsible, equally armed groups of people clashed in conflict. What Ali Harb calls “bothsidesism” apparently permeated the news.

Pondering why she continues to write “in the world of Arabic and world literature,” Ibtisam Barakat concludes that she is “one of the people who represent the voice of this [Palestinian] people and raise their vision of freedom and expressions honestly in this world.” Understanding what it was like to live the first part of her life under the Occupation—“under a thousand cuffs, barriers and prison,” she declares—Barakat strives to convey that “we are not alone in the arena in the face of much,” an aspiration that is increasingly important now.

Political prisoner Mumia Abu-Jamal echoes this call for solidarity. To the US Empire, Abu-Jamal explains, Palestine is but an “afterthought,” but to “millions of people” worldwide, who also experience cruel treatment, there “spring[s] the fruits of solidarity that binds us, human to human; oppressed to oppressed,” giving rise to the “forces” of camaraderie.

In “Why Israel Fears the Nakba: How Memory Became Palestine’s Greatest Weapon,” Ramzy Baroud asserts that “here can never be a just peace in Palestine until the priorities of the Palestinian people—their memories, and their aspirations—become the foundation of any political process between the Israelis and the Palestinians.” For that reason, Baroud declares memory to be the Palestinian’s “greatest weapon.”

Accordingly, Palestinian scholar/activist Steven Salaita notes: “The last thing we have are our stories and aspirations. They can’t take those from us—and we should never voluntarily relinquish them.”

Featured image: Demonstrators hold banners and placards outside Downing Street during a “Save Sheikh Jarrah” demonstration in London on Tuesday, May 11, 2021. At least 24 Palestinians were killed Monday, May 10 in Israeli air raids on Gaza Strip. (Photo: Vudi Xhymshiti/Anadolu Agency via Getty Images) 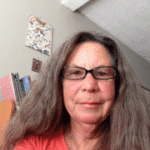