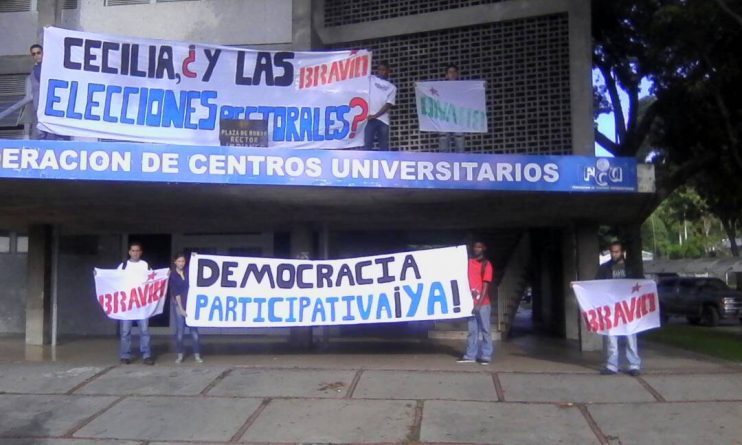 During a meeting of the opposition deputy Juan Guaidó with university students in the main hall of the Central University of Venezuela (UCV), some young people extended a banner that read “Cecilia out!”, in reference to the university president who refuses to hold elections for the office.

In Venezuela, public autonomous universities are required by law to have elections every four years to choose their authorities.

Cecilia García Arocha, dentist by profession, remains in power in the most prestigious Venezuelan university, the UCV (Universidad Central de Venezuela) without holding elections after the expiration of the period for which she was elected (2008-2012).

Cecelia Garcia Arocha is also an outspoken antichavista and sometimes referred by the antichavismo as a potential presidential candidate.

The gathering was called by the opposition leader who proclaimed himself “president in charge” of Venezuela, in an unconstitutional act and as part of the coup attempt supported by the United States and the Creole right.