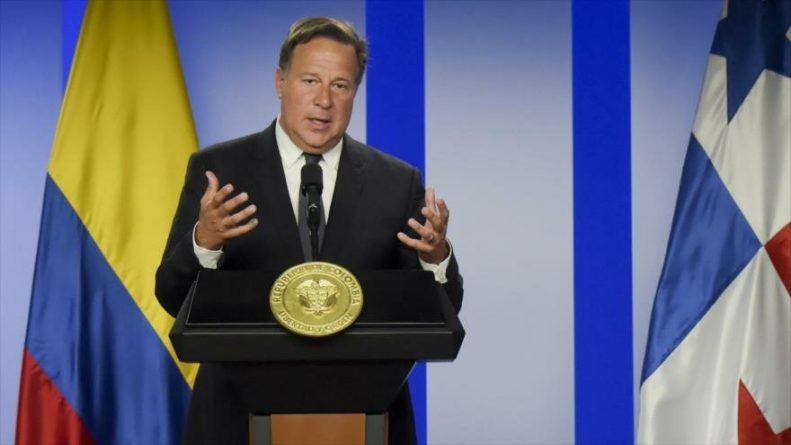 The president of Panama, Juan Carlos Varela, has asked to strengthen the coup leader Juan Guaidó in the Organization of American States (OAS).

“We are going to an OAS General Assembly, where the presence of President Guaidó has to be consolidated,” Varela said on Tuesday, expressing his support for the president of the National Assembly (AN) of Venezuela – an opposition majority and in contempt since 2016 – that last January proclaimed himself “president in charge” of the Caribbean country.

In statements to the press after a meeting with his Colombian counterpart, Iván Duque, in Bogotá (Colombian capital), Varela alleged that, with such measures, Panama “seeks a peaceful and democratic solution” to the Venezuelan crisis.

For his part, Duque stressed that the situation in Venezuela has allowed a uniting of the governments of Panama and Colombia through the Lima Group and the diplomatic siege that has been laid against the Administration of Nicolás Maduro.

Despite international accusations against measures by the Venezuelan opposition against Maduro, legitimately elected by the Venezuelan people last May, Panama also recognized on Monday the “ambassador” appointed by Guaidó.

Maduro, who, according to several surveys, continues to count on the support of his people, has accused Guaidó of serving US interests and the regime of Israel in the region, and that he “sooner or later” will have to answer to Justice for its coup attempts.

The next meeting of the OAS, which recognizes Guaidó as interim president, will be held in the Colombian city of Medellín between June 26 and 28.

Caracas for its part denounces the the US kidnapping of the hemispheric body to put pressure on Venezuela.

Despite the efforts of Washington – which even threatens a military intervention against the Bolivarian country – and some of its allies in the Latin American region to discourage Venezuelans, support for President Maduro by the majority has been noted, including Armed Forces, which have expressed their support for the Government of the legitimate president, before the imperialist coup.