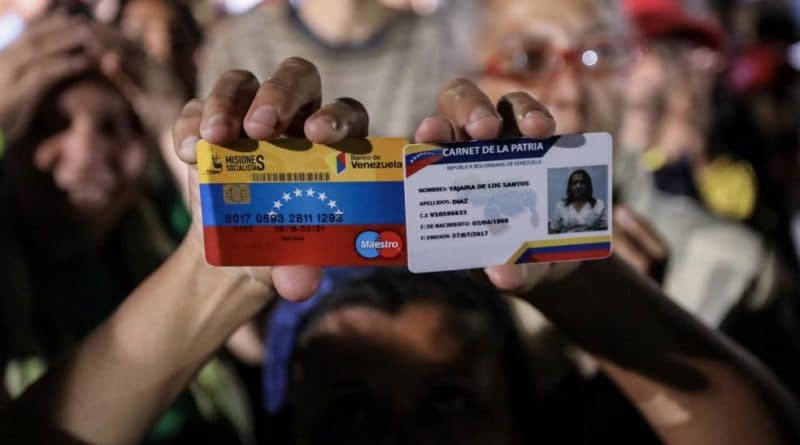 The Patria websit, patria.org.ve is ranked in second place worldwide, as the most visited portal in the Financial Planning and Management category, only behind Paypal, according to data provided by SimilarWeb, one of the most influential online bench marking tools on the web just behind Alexa.

Likewise, the Patria website, launched by the Venezuelan government together with the “Carnet de la Patria” to provide financial relief for all Venezuelans during the worst years of what is labeled by Chavismo as the “economic war” in the form of stimulus checks.

In recent months the Patria system has also being used to launch online surveys to identify potential Covid-19 cases during the first steps of the aggressive Venezuelan response to the pandemic.

During the gasoline shortages just solved a few days ago, the Patria system has also been used to allocate and control the maximum amount of subsidized gasoline for each household and also to pay for it because the system also integrates itself with the Petro cryptocurrency and other savings tools designed for Maduros’s administration to protect all Venezuelans.

After Venezuela, the country that provides the most clicks to Patria.org.ve -surprisingly- is the United States. During the last six months. Venezuela, the United States, Colombia, Argentina and Brazil contribute, in that order, the highest number of visits to the website that has become an icon for the social programs launched by Maduro’s administration to counter US sanctions/blockade and the economic crisis they create.

Featured image: A proud Venezuela shows his Carnet de la Patria, one of the tools -but not the only- of the Patria System. File photo.