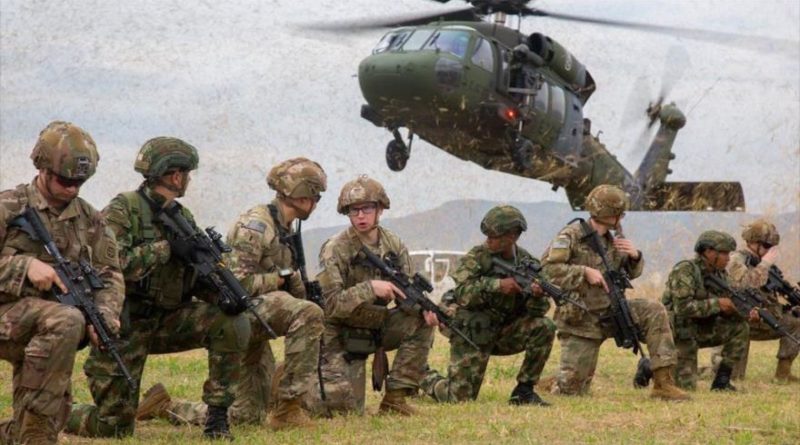 The Colombian opposition denounces the latest deployment of the US military in the country, warning that it could trigger a war with Venezuela.

The United States sent units of the Security Forces Assistance Brigade (SFAB) to Colombia in early June, an elite assault corps that Washington says seeks to assist Bogotá in the fight against drug trafficking, even along the Venezuelan border.

They point out that SFAB have only been deployed in preparation to war scenarios in the Middle East, like Afghanistan but also in Africa to assist “weak states“.

The deployment, however, has not been so well received in Colombia. The announcement, made by the US Embassy even before than the Colombian Ministry of Defense, has generated street protests: they denounce the interventionism of the American president, Donald Trump, in their country.

Likewise, the Colombian opposition sectors have raised their voices. “This could turn into a war that has nothing to do with us,” said Senator Armando Benedetti, quoted by the British newspaper The Telegraph in a report published on Sunday.

For his part, Senator Iván Cepeda dismissed the deployment as “a hard blow to the peace process” in Colombia, since “it will fuel violence in areas that are already volatile.”

Cepeda announced last Wednesday that the opposition plans to file in the next few days a “tutela action” before the Supreme Court of Justice (CSJ) against the US deployment.

Several experts consider that the US is preparing a military intervention against Venezuela in collaboration with Colombia.

In April, Washington deployed military aircraft, ships, and helicopters in the Caribbean Sea and South Pacific on the pretext of “protecting the American people from the scum of illegal narcotics.”

Venezuela accuses Colombia and the US of being behind a maritime invasion in May, frustrated by the Bolivarian National Armed Forces (FANB) and Venezuelan Militia.

Caracas, which has warned of the US-Colombian plot to overthrow Venezuelan President Nicolás Maduro, assures that Washington and Bogotá will regret if they come to act against Venezuela.

Featured image: U.S. and Colombian soldiers in a maneuver at Tolemaida Air Base, Nilo, Colombia, January 25, 2020.