In comparison with last year, Venezuela’s publicly owned oil and natural gas company PDVSA has increased its profits by more than 60% in 2021. The levels of production and exports of crude oil by PDVSA stands at 625,959 barrels per day. These figures, together with the rise in oil prices worldwide, have increased the foreign exchange earnings of the illegally blockaded company by 62%.

Reports from the oil industry estimate a total of $5.5 billion of revenue for PDVSA to date in 2021, whereas in 2020 the company took in just over $3.3 billion.

The reason for the growth is due to the impact of supply and demand issues in the international oil market. The price of Venezuelan crude reached an annual average of $48.70 per barrel, or an increase of 74% compared to its value in September 2020. 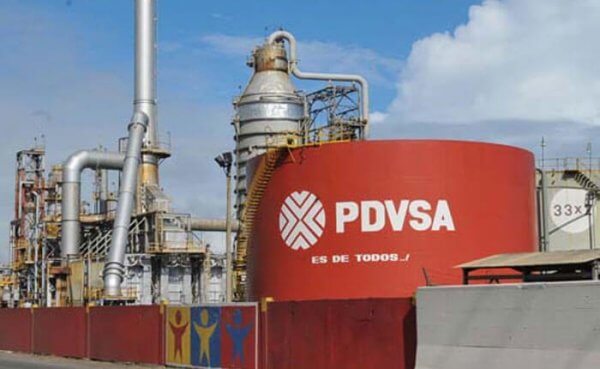 The income received represents less than 25% of what PDVSA would have received if it operated free from coercive economic measures, and with full access to the international market. PDVSA believes that the exchange of crude oil for condensates currently being performed could boost production in the Orinoco belt. In addition, it affirms that exports may soon exceed 700,000 barrels per day.

Venezuela has managed to halt the decline in oil production, has increased exports, and even refined crude oil. However, many experts do not foresee an improvement in the critical low levels of gasoline production due the insufficient supply of lighter crude oil or condensate that is key for the full operation of Venezuelan refineries. The lighter crude was previously imported from refineries in the US belonging to PDVSA and its US subsidiary CITGO.

The price of Venezuelan oil registered an increase of 77.1% during the first quarter of 2021, an increase that occurs simultaneously with a rebound in crude oil production and exports of 31% and 32%, respectively, compared to the fourth quarter of 2020, resulting in a corresponding increase in PDVSA’s revenue.