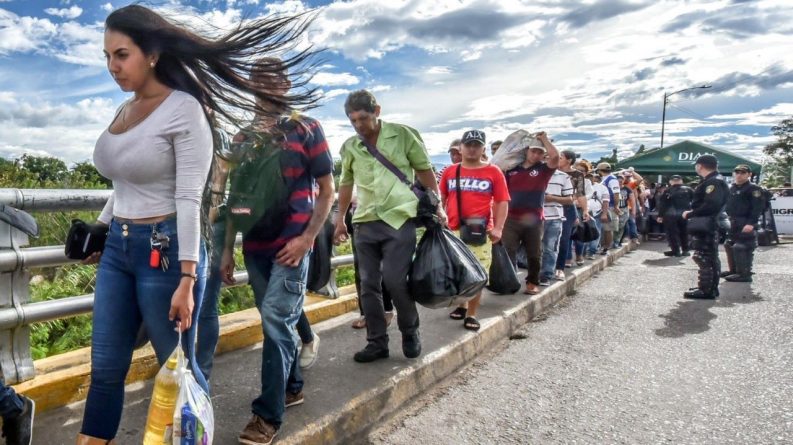 Colombian authorities prevented the crossing in the border with Venezuela of a bus with 42 Venezuelans who return to the nation on Sunday through the Return to the Fatherland Plan [Plan Vuelta a la Patria], for this reason the passengers were forced to cross the bridge between them on foot, the Foreign Ministry denounced this Sunday.

“Colombian authorities violate cooperation agreements by preventing the passage of a bus with 42 Venezuelans returning to Venezuela under the Plan Vuelta a la Patria, forcing them to cross the bridge by walking and pushing their luggage to elderly people, women and children”, The Chancellery informed through Twitter.

The Minister for Foreign Affairs, Jorge Arreaza, for his part, made a statement on the social network and wrote: “From Colombia they have tried to hinder several times the return of compatriots with the Plan Vuelta a la Patria. By the bridge where they facilitated the passage of magnicides with explosives, they prevent the passage of the bus with humble people. However, this people is unstoppable.

“The Plan Vuelta a la Patria has been developed by the Venezuelan Administration since August in order to provide support to Venezuelans who migrated for various reasons and who, faced with an adverse reality in those nations, wanted to return to Venezuela. with the premise of studying, working for peace and socio-economic prosperity of the nation.

On repeated occasions, the Venezuelan government has denounced maneuvers of some countries, including Colombia with the intention of sabotaging this plan.

Last November, the Vice Minister of International Communication of the Venezuelan Foreign Ministry, William Castillo, denounced that the Immigration and Immigration Control Authority of the Colombian State, better known as Migración Colombia, forced Venezuelan migrants to sign a document against their will, in which the reasons that led to his departure from our country are misrepresented.