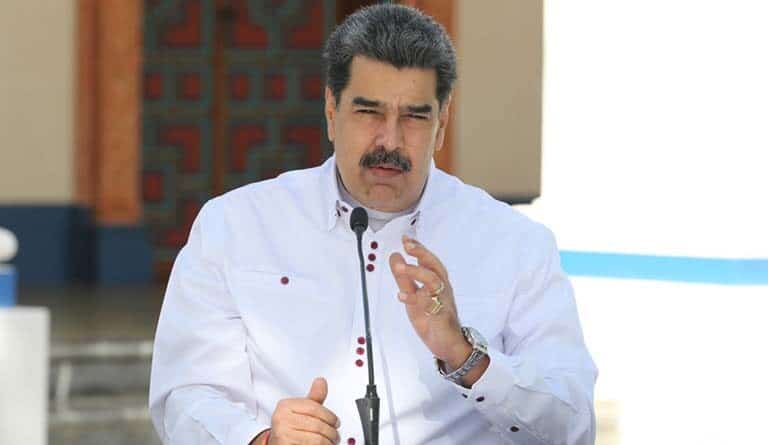 Tuesday, April 6, President Nicolás Maduro announced new economic measures for the protection of the Venezuelan people in the midst of the fight against COVID-19. From Miraflores Palace, he reported that about 15.1 million cardholders, through the Patria System, will in the coming days receive a special support bonus from the Chavista government to face the pandemic, similar to US stimulus checks.

In this regard, the Head of State also announced the extension, until September, of the prohibition on the collection of credit guarantees, the prohibition on reclassifying credit risk, and the express prohibition of forced evictions, to protect families, entrepreneurs, and small and medium enterprises.

He also added that newly incorporated microenterprises will not pay tax rates either in the Autonomous Service of Registries and Notaries (SAREN) or in registries.

“New micro and small businesses that were created in 2021 will not pay Income Tax (ISLR) until December 31, 2021, as long as they declare their income.”

He added that the Stay At Home solidarity support bonus (stimulus check) is resumed as of April, for 2.1 million workers of private companies, and he also announced the deposit of a bonus for self-employed workers during the month of April, called Quarantine Radical, that will support four thousand workers.

He explained that prioritized loans should be oriented to the agricultural productive sector to guarantee food for the people.

Civilians who are registered in the Patria Platform for the payment of water and electricity will receive a 25% discount on the payments during the months of April and May.

In addition, Maduro instructed the creation of an import substitution plan, to defend production by regulating tariffs to meet the health emergency with these additional resources.

Finally, the president announced the signing of a decree to extend the prohibition of layoffs until December 31, 2022.

On the other hand, Maduro reported that next Monday, April 12, the country will begin a new 7+7 flexibility system throughout the country.

“We are seeing the need to resume a new 7+7 next Monday, April 12,” said Maduro. “The labor and economic flexibility starts in a new phase, where we will be attentive to everyone.”

He reminded the population that biosecurity protocols must be complied with: “We are in a necessary week of radical quarantine, this is the second week of quarantine, I know it is not easy.”