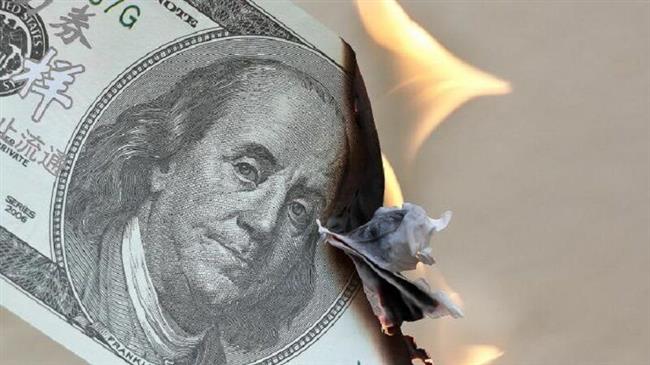 A leading international economist believes the US dollar would lose nearly a half of its weight as the dominant international currency once China implements a new exchange rate system in which the price of its yuan is determined by fluctuations in inflation and not the value of major currencies like the greenback.

In a commentary published on the website of the Guardian newspaper on Friday, Kenneth Rogoff said China’s planned changes in its forex system would deal a major blow to the hegemony of the dollar as the anchor currency of global economy.

Rogoff, a Harvard University professor and former chief economist at the International Monetary Fund, said that China’s yuan, generally known as renminbi, has already captured the status of a major international currency due to the size of the Chinese economy and the country’s contestant success in wealth creation.

The author said China’s economy has become so big that the Chinese authorities have no option but to distance themselves from the dollar system.

He said the dollar would further collapse once other major economies in Asia, including Japan and India, follow China and give the yuan “a weight comparable to that of the dollar in their foreign-exchange reserves”.

Rogoff said China’s ongoing efforts to introduce a digital yuan would further facilitate the currency’s international use and would allow China to assume a position like the US to regulate and monitor global transactions.

RELATED CONTENT: China Devalued the Yuan Against the Dollar to an 11 Year Low

China’s forex policies in recent years have been a major headache for the financial system in the while Beijing’s continuous economic growth has enabled many partner countries to ditch the US dollar from their trade with the rest of the world.

China is quickly expanding its economic influence around the world through building new partnerships with other countries.

In a fresh blow to US policies to contain its rise, China finalized a 25-year economic partnership agreement with Iran last month. The roadmap enables Iran and China to massively expand their trade and economic exchanges in local currencies without the need to rely on the dollar system to settle their payments.

Featured image: A leading economist says the greenback is more fragile than ever as China prepares new forex polices.