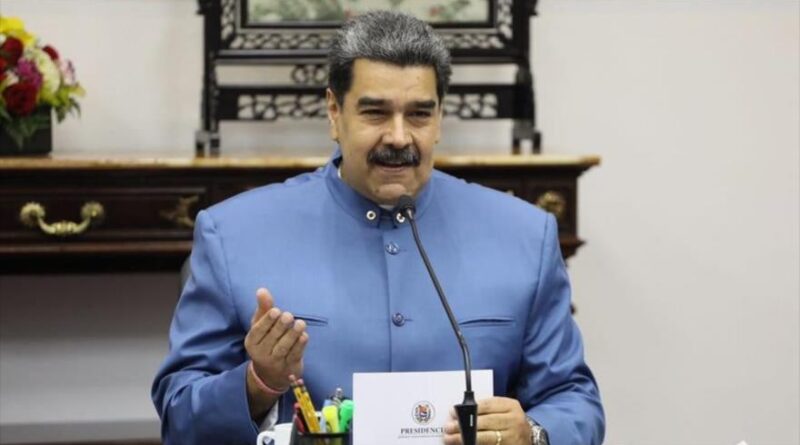 On Friday, August 20, Venezuelan President Nicolás Maduro commented that Juan Guaidó’s much talked about usurpation has ended with the signing of memorandum between the government and the opposition during the dialogue in Mexico last week.

During the swearing in ceremony of six new ministers of his executive cabinet this Friday, President Maduro declared, “We have done what Guaidó wanted—the end of the usurpation. The usurpation of the so called interim government ended with the signing of the document in Mexico where the legitimacy of the government over which I preside has been recognized. Transitional government? Well, here we are in the transition to socialism with new ministers.”

RELATED CONTENT: Venezuela to Request the Return of Monomeros at Mexico Talks

Furthermore, President Maduro emphasized that the dialogues that took place with hardline sectors of the opposition, which by themselves represent a recognition of the legitimacy of the Chavista government, have been victorious in the face of the constant attacks that the opposition, with the support of the United States, has exerted on Venezuela.

Announcing the victory of his government over those who denied its legitimacy, the Venezuelan president reiterated that the elections for governors, mayors and councilors will certainly be held on November 21.

RELATED CONTENT: Juan Guaidó’s Four Defeats that Took Him to Dialogue in Mexico

Dialogues in Mexico: what are they about?
On August 13, the delegation of the Venezuelan government, headed by the president of the National Assembly, Jorge Rodríguez, and representatives of the opposition Unitary Platform—in which large opposition parties have grouped together—began the first phase of political negotiations in Mexico City. As a result of the negotiations, both sides agreed on a memorandum of understanding to guarante peace in Venezuela.

The main objectives of the dialogues are the lifting of the illegal sanctions that are decimating the Venezuelan economy, the recognition of Venezuela’s legitimate and constitutional authorities, and the cessation of acts of violence and conspiracy by the right-wing.

Featured image: President Nicolás Maduro commented on the dialogue in Mexico during the swearing in ceremony of his newly appointed cabinet ministers. Photo: Prensa Presidencial