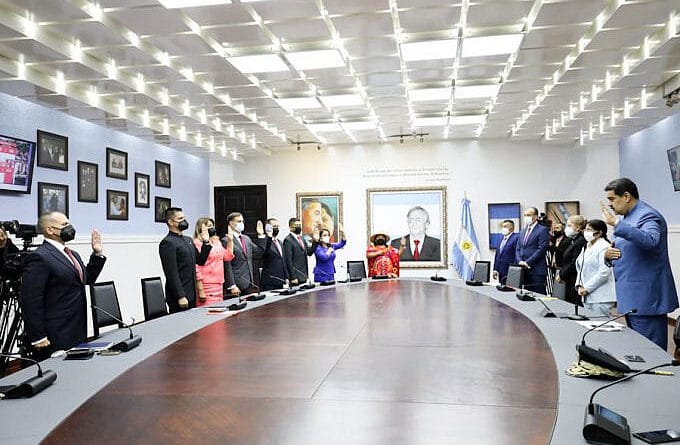 Also, Remigio Ceballos Ichaso was sworn in as the new minister of the Interior, Justice and Peace as well as the sectorial vice president for Citizen Security and Peace, and William Serantes Pinto has become the minister of Ecological Mining Development. Mervin Maldonado, minister for Youth and Sports, has been appointed also as the sectorial vice president for Social and Territorial Socialism.

During the swearing in ceremony, held in the Néstor Carlos Kirchner Hall at Miraflores Palace in Caracas, President Maduro stated that, “Due to the open primary elections and the selection as candidates of some of our colleagues who had been part of the cabinet, I took the step of making some necessary readjustments.”

The Bolivarian Revolution has garnered a great deal of experience acquired in all these years of work and construction, remarked President Maduro. “The revolution has to make permanent renewal of working methods; it has to be in constant renewal of leadership, policies and discourse,” he stressed.

“This team that I am swearing in today must be committed to the responsibilities that the Homeland bestows upon them,” continued President Maduro. “There cannot be any excuses for failing on any battlefront!”

Addressing the new ministers, the president said, “You are ministers of the People’s Power on the war fronts to achieve the objectives of our Homeland Plan 2025, to attend to and solve the problems of our people. Never forget this!”

As an example of the functions of the Plan, President Maduro noted that “the Peace Quadrant Mission is the articulating axis through which we are trying to resolve the issue of peace and citizen security in the country.”

President Maduro remarked that the Peace Quadrants have already been built, and now they have to work for the security of the people. “Another incident like that of Cota 905 should never be allowed to occur, anywhere in the country,” he emphasized.

For his part, the new sectorial Vice President for Citizen Security and Peace, Admiral in Chief Remigio Ceballos, promised to fulfill his functions in regard to the country’s security organizations.

Regarding Jorge Arreaza, who was sworn in as the new minister of Industries and National Production, Maduro praised his capacity for work, intelligence and commitment.

The new head of Venezuelan diplomacy will be Félix Plasencia, who has been Venezuela’s ambassador to the People’s Republic of China since 2020. Regarding the new foreign affairs minister, President Maduro declared, “Félix Plasencia has now received the undefeated banner of resistance and victory. He has the preparation, the morale and the knowledge; he has all our support.”

President Maduro urged Margaud Godoy, the new minister for Women and Gender Equality who previously served as governor of Cojedes state, and Mervin Maldonado, the new sectoral vice president for Social and Territorial Socialism, to help him in the recovery of the welfare state of Bolivarian socialism, which will be one of the president’s fundamental tasks.

Admiral William Serantes Pinto will take over as the new Minister of Ecological Mining Development, while Yelitze Santaella, previous governor of the state of Monagas, will be in charge of the Ministry of Education.

In his speech, Maduro thanked everyone for their work in their previous government positions. “I want to thank those comrades who are going to the electoral battle,” he said. “I want to thank you for your dedication, efficiency and quality.”

He reiterated that a return to classes is scheduled for the month of October; and he trusts that by then close to 70% of the population will be vaccinated. 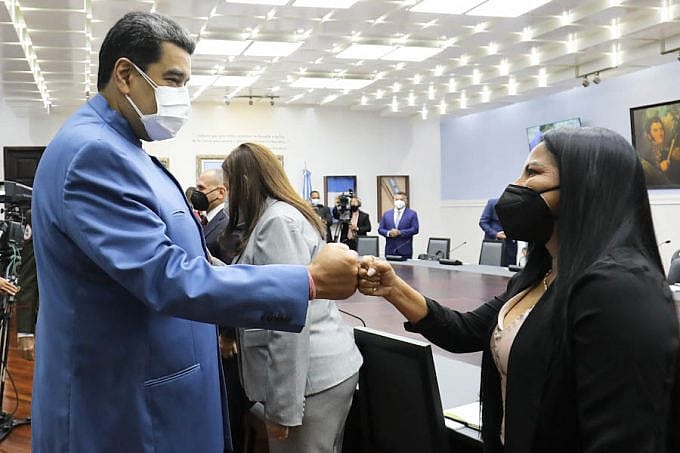 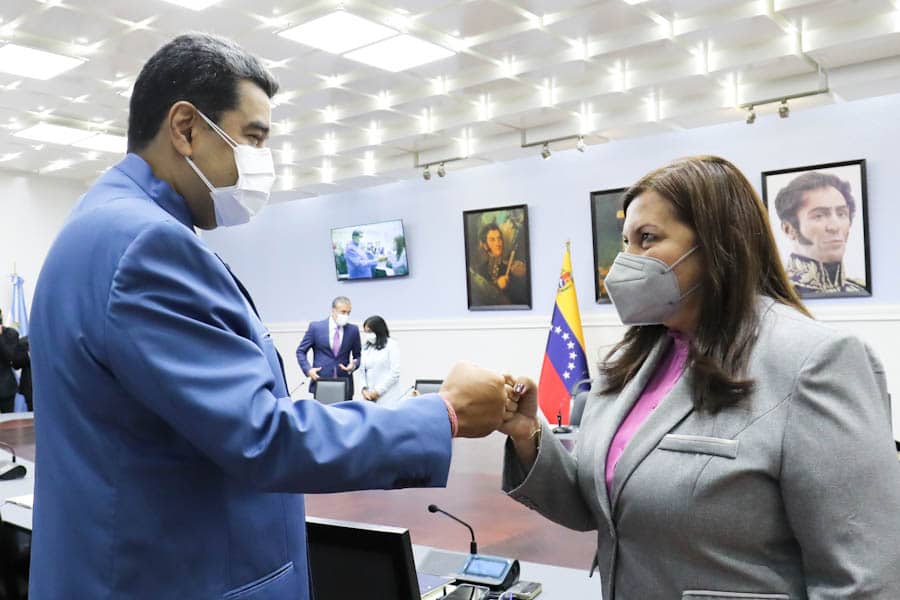 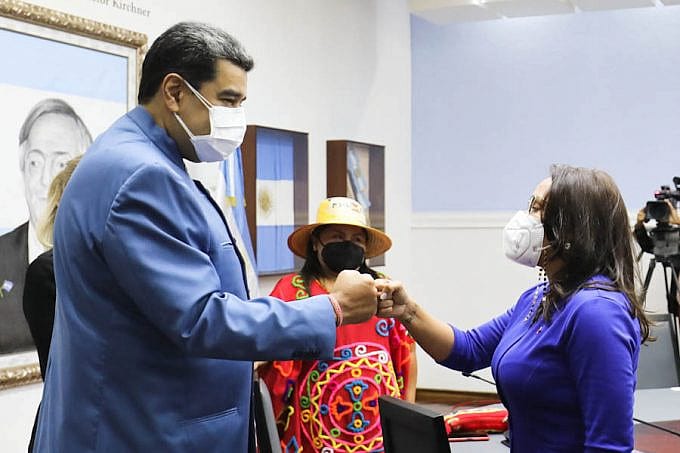 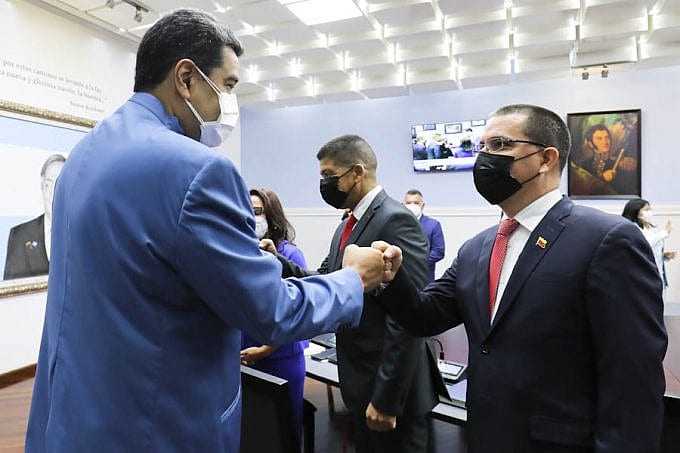 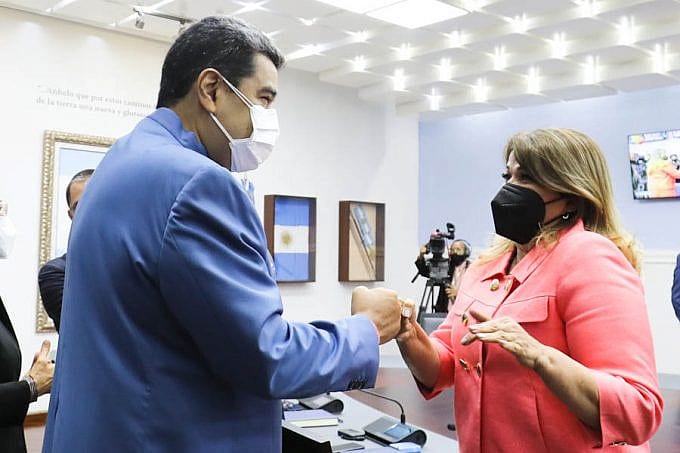