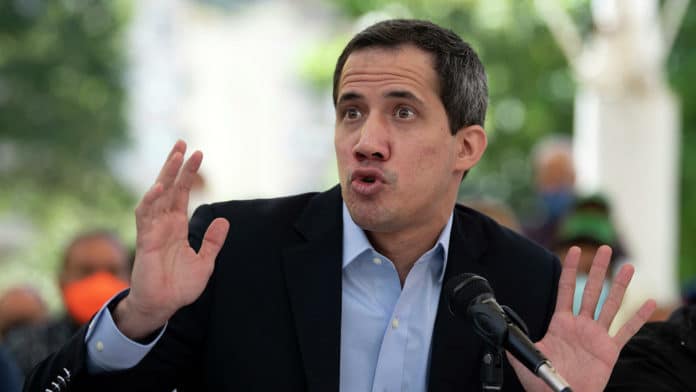 Juan Guaidó’s successive defeats have forced him to change course. The media and diplomatic support he got in 2019 undoubtedly positioned his image internationally. This allowed Guaidó to arrive at the negotiation table in Mexico with a challenging attitude; although, concretely speaking, he was unable to exercise the power that was supposedly bestowed upon to him.

In this regard, the failures of the previous dialogues in Norway and Dominican Republic, far from putting extra pressure on the Nicolás Maduro government, weakened, instead, the agency of the self-proclaimed “interim president” of Venezuela. So far, Guaidó has not been able to achieve any of the objectives set out in his initial agenda, beyond the promotion of sanctions that have affected the well-being of the Venezuelan people.

Juan Guaidó’s defeats and his ‘Interim Government’
At least four events, which took place in 2020 and 2021, triggered a 180° turn in Juan Guaidó’s discourse and actions. These have pushed him to seek a spot in the dialogues, in the midst of his worst popularity and credibility crisis:

Broad popular participation and the participation of a sector of the opposition in the parliamentary elections overshadowed all efforts by Guaidó to dismiss the December 2020 election of the National Assembly.

The success of the December 6 elections was also consolidated by the little to null participation in the online “popular consultation” convened by Guaidó a week after the elections. The latter was originally announced as “the definitive proof of the people’s rejection of Nicolás Maduro,” but it turned out to be something else entirely.

After the swearing-in of the new National Assembly, an appointment of the new rectors of the National Electoral Council (CNE) took place and convened important personalities from various civil sectors. The new rectors of the CNE received the support of both national and foreign political actors including the hostile ones, such as the European Union and the Venezuelan Federation of Chambers of Commerce and Production (FEDECÁMARAS).

This important step in rebuilding trust paved the way for what is set to be a massive participation in the upcoming November mega-elections, thus leaving former deputy Guaidó on his own again, with his abstentionism stance.

When many believed that the economic and media war had achieved the demobilization of Chavismo, the United Socialist Party of Venezuela (PSUV) took a step forward with the implementation of its Open Primary Elections (EPA), held for its mayorship and governorship candidacies.

The result has been that more than 5 million voters have joined Chavismo‘s hard base, as the starting point of a campaign aimed at achieving an overall political majority in the country.

The self-proclaimed “interim government” of Juan Guaidó is an enigma; beyond the close circle of the Voluntad Popular [Popular Will] party that leads it, nobody knows how it works or how decisions are made.

The complete flop that was the “humanitarian aid” at the Colombia-Venezuela border; the failure of Operation Gideon in 2020, as well as the spectacle that took place in the Altamira distributor that only managed to liberate Leopoldo López—all these have dynamited the already fractured unity of the opposition. In fact, its unity has been fractured to the point that part of the opposition began debating the possibility of participating in the November 21 mega-elections which would legitimize the institutions of the Venezuelan State, thus throwing away three years of the opposition’s delegitimization discourse.

All roads led to Mexico
The mediation offered by the Kingdom of Norway, once again, called for the creation of a space where dialogue and a search for solutions could take place. This time, the conditions in which each of the parties came to the negotiation table were different: Chavismo arrived stronger and more victorious after defeating a series of conspiracies. On the other hand, Juan Guaidó who had previously considered dialogue as a “strategy of the regime to buy time” was forced to participate since his political agenda has been ineffective in achieving its objectives and now also bears many allegations of illicit personal enrichment.

The signing of a memorandum of understanding in which Nicolás Maduro appears as the head of the government of Venezuela, with the representation of Jorge Rodríguez, and Juan Guaidó attends with Tomás Guanipa as spokespersons for a unitary platform, has demonstrated a retreat from the previous route taken by the opposition and also the recognition of the Bolivarian government and its representatives.

Points of the Memorandum of Understanding

Although all the points of this pre-agreement signify a defeat for the previous opposition agenda and its allies, points 3 and 4, which imply the end of sanctions and respect for the Constitution, also represent a definitive break with the “interim” government, since the unilateral coercive measures have been precisely the fragile scaffolding that has supported and allowed Juan Guaidó to survive.

Although this is not yet a final victory, the negotiations that began in Mexico have exposed the intentions of the Venezuelan opposition and opened up a path, not an easy one to tread, towards a definitive breakdown of the conspiracy against Venezuela.