The Venezuelan Head of State, Nicolás Maduro Moros, issued a strong call to the United States government to cease its interference in the internal affairs of Venezuela, in response to statements released by the Biden administration about Venezuela’s internal politics.

Maduro cited an article by the news agency AP, according to which “the United States asks Venezuela to lift a veto on political parties and opposition leaders.” The statement, which the article attributed to a spokesperson for the Biden administration, reflected the US’s insistence on repeating the narrative maintained by the Venezuelan opposition, which continues to demand “necessary conditions” for the coming elections while this requirement has been clearly met.

“I tell the government of the United States and the governments of the world,” said Maduro. “Do not meddle in the internal affairs of Venezuela. We are not getting involved in the electoral disaster that you had.”

Similarly, he urged Washington to refrain from issuing its opinions on the internal electoral process, since they do not own the South American country, nor is it a US colony.

“Don’t meddle in here,” said Maduro. “Yankee go home! Venezuela has its institutions, it has the best electoral system, the most verifiable and audited in the world. We are going to elections, and all the candidates that have to be registered will be registered.” 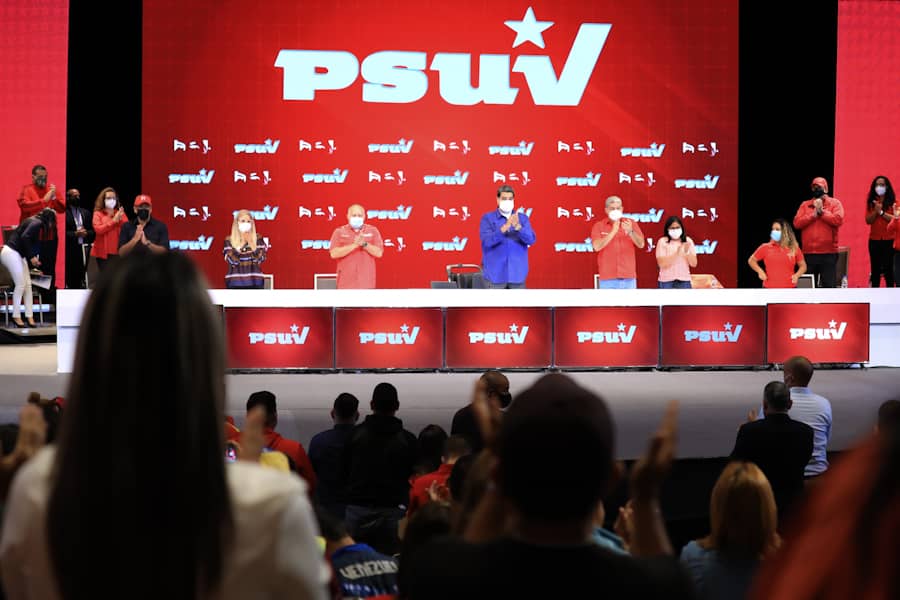 Moral authority
Likewise, in the presentation where he denounced the interference by the United States government, President Nicolás Maduro congratulated the work of the electoral commission of the United Socialist Party of Venezuela (PSUV).

RELATED CONTENT: The Real Role of NGOs in Venezuela

“They have demonstrated all the political and ethical authority to direct the primary election process,” noted Maduro. The statement was made during a meeting with all the candidates of the revolutionary political organization, who will participate in the open primaries on August 8.

“You are not pre-candidates because Diosdado with his finger, or Maduro with his finger, put you there,” said the head of state and PSUV president. “They are there because, on a most beautiful, admirable journey, which emitted great strength, more than 2.5 million male and female leaders nominated them.”

On the other hand, he noted the exacting standards in the application process from the grassroots and party bases. For those who held a position as governor or mayor, instead of receiving privilege it was taken away. In these cases, Maduro recalled, the current officials who did not reach at least 30% of the support of party members lost the possibility of participating in the August 8 primaries.