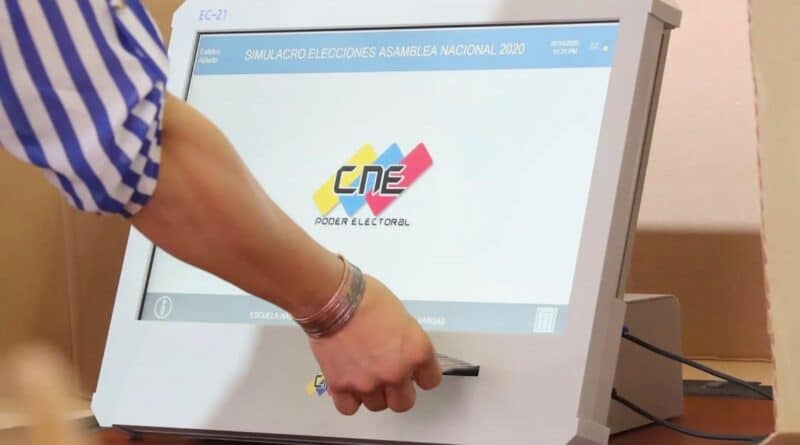 November 25, 2020— On December 6 over twenty million Venezuelans will go to the polls to elect 277 representatives of the National Assembly for the period 2021-2026. According to the National Electoral Council (CNE) of Venezuela, 14,400 candidates from 107 political parties are contesting in the parliamentary elections.

The upcoming electoral process is crucial because it is a constitutional and peaceful solution to the political crisis generated, in January 2019, by the US-backed right-wing opposition leader and self-proclaimed “interim president” of Venezuela Juan Guaidó. The far-right parties supporting Guaidó have decided not to take part in the elections and have called for a boycott. However, the majority of other opposition parties, who believe in democracy to resolve political differences, have criticized them for this move and have urged the citizens to take part in the polls in large numbers.

The democratic process is also significant for national sovereignty and autonomy of Venezuelans, who have been resisting imperialism with democracy for more than two decades amid increasingly harsh commercial and economic sanctions imposed by the US and the EU against the country. The UN has described these sanctions as “human rights violations” and has said that they “are in fact killing people and depriving them of fundamental rights, including the rights to health, to food and to life itself.”

In a collective interview by various international media organizations including Peoples Dispatch, on November 19, Venezuelan Foreign Minister Jorge Arreaza of the ruling United Socialist Party of Venezuela (PSUV), said that “the participatory democracy of Venezuela has been affected by the blockade but at the same time it has been the pillar on which the resistance has stood.” The blockade “has affected the rhythm (of elections) but it has not affected the project, the objectives (of the Bolivarian revolution),” added Arreaza. 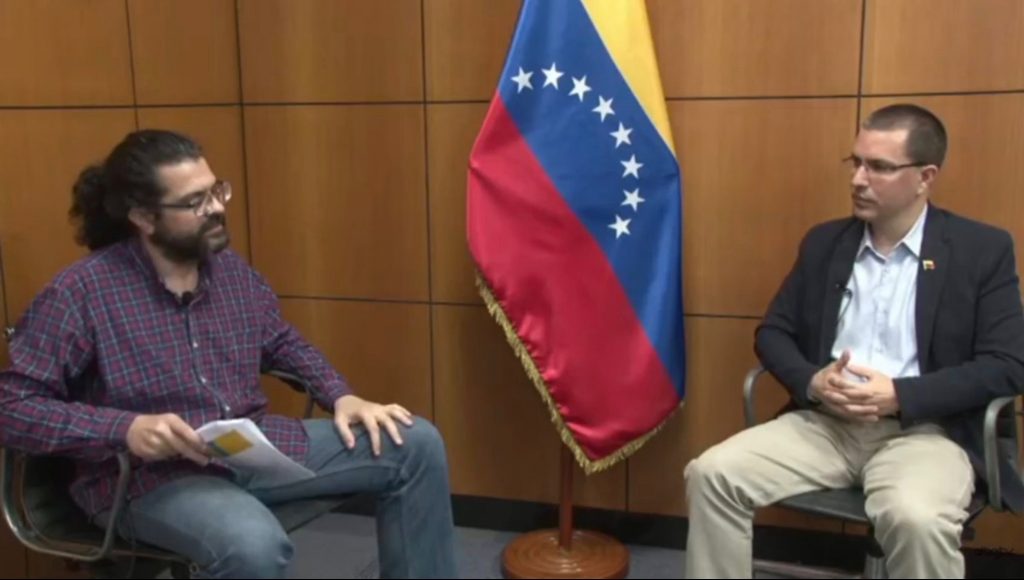 Arreaza stressed that “the sanctions, as clearly stated by some American scholars like Richard Neff, who was one of the director of Barack Obama’s advisory on the sanctions against Iran, are aimed at attacking the vulnerabilities of the sanctioned state with greater force to make the people lose hope so that they including those in uniform, the military personnel, rebel against the government.” Nevertheless, he highlighted that despite the numerous attempts of the imperialist forces to destabilize the country, “the Venezuelan people continue to resist and have not lost hope.”

Foreign minister Arreaza said that the people and the state security forces organized by Commander Hugo Chávez have always stood strong in the face of all imperialist aggressions and have supported the Bolivarian government. “The Venezuelan leadership based on people’s power and the civic-military union has made it possible for us to remain standing,” said Arreaza.

Arreaza said that Venezuela suffers permanent intervention by the US. He reminded that the attempted invasion by a group of mercenaries in the month of May this year, the drone attack against President Nicolás Maduro in August 2018, various failed coup d’état attempts, refusal to recognize our laws, support for conspiracy organizations, etc. are all part of the US intervention.

He stressed that the Bolivarian State is prepared to confront in the event of a possible intervention in the forthcoming elections “first with the people, then with the military and the state.” He recalled the words of Commander Chávez and said that “Venezuela has everything that will prevent the success of an intervention.”

Lastly, Arreaza thanked the people of the world for their constant solidarity with Venezuela and supporting that “the issues of the Venezuelans should be resolved between Venezuelans.” “Without the solidarity of the friends of the world, it would be difficult for the Venezuelans to have the strength and the morale to resist and overcome. So we always thank people a lot, solidarity is indispensable,” he added.

Last week, on November 18, the European Solidarity Network with Venezuela launched an online petition calling on the European Union to respect the results of the December 6 elections and to support the democratic will of the Venezuelan people. The government and the opposition of Venezuela unanimously agreed on holding the elections with new electoral guarantees. However, the EU, under the pressure from the US administration, has refused to accept this new democratic consensus.

This week and the coming week, social movements from across the globe will take to social networks to extend their solidarity with the people of Venezuela and the democratic elections in the country as well as to demand an end to the unilateral coercive measures that have severely impacted the lives of millions of Venezuelan citizens.

Read and sign the petition to the European Union here:

Featured image: Over 20 million Venezuelans will go to the polls on December 6, to elect 277 representatives of the National Assembly for the period 2021-2026. Photo: Venezuela Analysis